ARSENAL icon Thierry Henry has become a part-owner of Serie B side Como.

The Frenchman, 45, was announced as a minority stakeholder of the ambitious Lombardy outfit on Monday.

Upon his arrival in Italy, he said: “I have been waiting to get involved in a project like Como for a long time.

“A club with ambition but most importantly one that holds the same values as me – that the club and its local community both need to thrive.

“For me, a football club is nothing without its local community. Yet so many times you see commercial objectives overtake and break that special connection and the heart of the club is lost.

“When I spoke to the team here and they told me about the community initiatives already in place and the ambition to ensure that as the club prospers so does the community, I knew this was the perfect opportunity for me.” 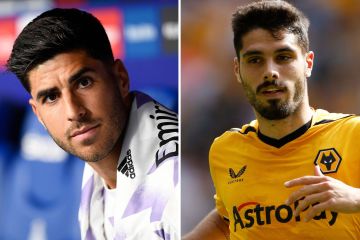 Como are owned by the Indonesian Djarum Group.

The organisation purchased the club four years ago after the previous owners went bankrupt.

In a bid to help the club push for a spot in Serie A by 2025, chiefs brought in former Chelsea midfielder Dennis Wise as chief executive.

Como’s ambitious nature has attracted interest from all over Europe.

He signed a two-year deal upon his arrival after being convinced by management staff.

Como have also signed Patrick Cutrone from Wolves this summer.

2022-08-29
Previous Post: How New CGI Made House of the Dragon’s Beasts More Real
Next Post: From back pain to IBS stress, Dr Zoe answers your health problems