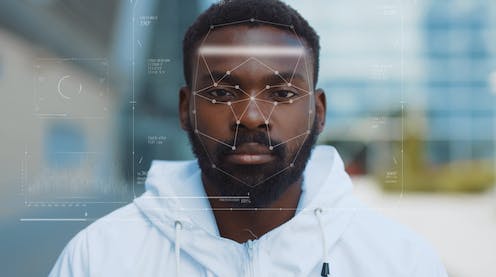 One afternoon in our lab, my colleague and I were testing our new prototype for a facial recognition software on a laptop. The software used a video camera to scan our faces and guess our age and gender. It correctly guessed my age but when my colleague, who was from Africa, tried it out, the camera didn’t detect a face at all. We tried turning on lights in the room, adjusted her seating and background, but the system still struggled to detect her face.

After many failed attempts, the software finally detected her face – but got her age wrong and gave the wrong gender.

Our software was only a prototype, but the difficulty working with darker skin tones reflects the experiences of people of colour who try to use facial recognition technology. In recent years, researchers have demonstrated the unfairness in facial recognition systems, finding that the software and algorithms developed by big technology companies are more accurate at recognising lighter skin tones than darker ones.

Yet recently, the Guardian reported that the UK Home Office plans to make migrants convicted of criminal offences scan their faces five times a day using a smart watch equipped with facial recognition technology. A spokesperson for the Home Office said facial recognition technology would not be used on asylum seekers arriving in the UK illegally, and that the report on its use on migrant offenders was “purely speculative”.

Get the balance right

There will always be a tension between national security and individual rights. Security for the many can take priority over privacy for a few. For example, in November 2015 when the terrorist group ISIS attacked Paris, killing 130 people, the Paris police found a phone that one of the terrorists had abandoned at the scene, and read messages stored on it.

In the case of offenders taking photographs of their faces several times a day, we could argue the breach of privacy is in the national security interest for most people, if the crime is serious. The government is entitled to make such a decision as it is responsible for the safety of its citizens. For minor offences, however, face recognition may be too strong a measure.

In its plan, the Home Office has not differentiated between minor and serious offenders; nor has it provided convincing evidence that facial recognition improves people’s compliance with immigration law.

Worldwide, we know facial recognition is more likely to be used to police people of colour by monitoring their movements more often than those of white people. This is despite the fact that facial recognition systems are more accurate with lighter than darker skin tones.

Taking a picture of your face and uploading it five times a day could feel demeaning. Glitches with darker skin tones could make checking into the system more than just a frustrating experience. There could be serious consequences for offenders if the technology fails.

Another option the government is considering for migrant offenders is location tracking. Electronic monitoring already keeps track of people with criminal records in the UK using ankle tags, and it would make sense to apply the same technology to migrant and non-migrant offenders equally.

Location tracking comes with its own ethical issues for personal privacy and racial surveillance. Due to the intrusive nature of electronic monitoring, some people who wear these devices can suffer from depression, anxiety or suicidal thoughts.

But location tracking technology gives options, at least. For example, data can be handled sensitively by following data privacy guidelines such as the UK’s Data Protection Act 2018. We can minimise the amount of location data we collect by only tracking someone’s location once or twice a day. We can anonymize the data, only making people’s names visible when and where necessary.

The UK Home Office could use location data to flag up suspicious activity, such as if an offender enters an area from which they have been barred. For minor offenders, we need not track the person’s exact location but only the general area, such as a postcode or town.

As a society, we should strive to maintain the dignity and privacy of people, except in the most serious cases. More importantly, we should ensure technology does not have the potential to discriminate against a group of people based on their ethnicity. The law and regulation should apply equally to all people.

Namrata Primlani has received funding from the European Union's Horizon 2020 research and innovation programme under the Marie-Sklodowska Curie grant agreement No 813508.

Namrata has been a Mozilla Fellow with the Mozilla Foundation until July 2022.

Namrata is a member of A+ Alliance Feminist AI Research Network f<A+i>r.

2022-08-18
Previous Post: Beyond GDP: changing how we measure progress is key to tackling a world in crisis – three leading experts
Next Post: Jaap Stam warns Man Utd will KEEP shipping goals if Erik ten Hag does not find fix with pint-sized Lisandro Martinez