CATCHING Covid increases your risk of conditions including dementia, psychosis and brain fog up to two years after infection, a new study suggests.

Scientists at the University of Oxford also noted a greater risk of anxiety and depression, but found this subsides two months after infection.

The study, which was published in the Lancet Psychiatry, looked at 1.25 million people diagnosed with Covid over the last two years.

It found that children were more likely to be diagnosed with some conditions, like seizures and psychotic disorders after catching the virus.

According to the research, the newer variants of the virus – Delta and Omicron – are more likely to trigger serious mental health disorders than the Alpha strain.

Professor Paul Harrison, lead author of the study, said: “In addition to confirming previous findings that Covid-19 can increase the risk for some neurological and psychiatric conditions in the first six months after infection, this study suggests that some of these increased risks can last for at least two years. 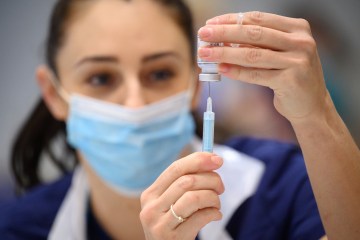 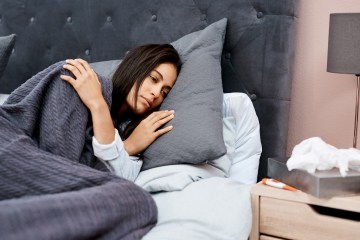 “The results have important implications for patients and health services as it suggests new cases of neurological conditions linked to Covid-19 infection are likely to occur for a considerable time after the pandemic has subsided.”

The study analysed data on 14 neurological and psychiatric diagnoses from electronic health records from the US over a two-year period.

It found that for adults, the risk of having a depression or anxiety diagnosis initially increased after infection.

But it returned to the same as with other respiratory infections — such as a common cold — after just two months.

Doctors thought I had low iron – the truth is far worse

I've got an incurable skin cancer diagnosis – I'm shocked, I have NO moles

I blamed my daughter's sickness on party food before tragic diagnosis

However, the risk of developing other neurological and mental health conditions was still higher for those who caught Covid compared with other respiratory infections two years after infection.

Earlier this year, a study found that anyone who has been struck with Covid in the last year could still be at risk of mental health problems.

People who were bedridden for seven days with a more serious infection were more likely to have depression and anxiety up to 16 months on.

Throughout the pandemic there has been an increase in disorders such as anxiety, depressive disorders and stress and adjustment disorders.

Such conditions can lead to further mental health problems if not treated – with anxiety disorders also leading to issues such as panic attacks.

If you’re worried that you might be depressed, it’s important that you seek help in order to stop it escalating.

The Sun previously launched its You’re Not Alone campaign, to remind anyone facing a tough time that there is hope.

Another study revealed Covid survivors were also in danger of life-threatening conditions.

Scientists at Washington University in St Louis, have warned that anyone that’s recovered could be at risk of nasty complications in the year after infection.

The experts analysed the records of 150,000 Covid-positive people and found that the rate of conditions such as coronary disease, strokes and heart failure, was noticeably higher in those who had been infected compared to those who had not.