London 2012: what the Olympic Games’ legacy of sustainability means for events today 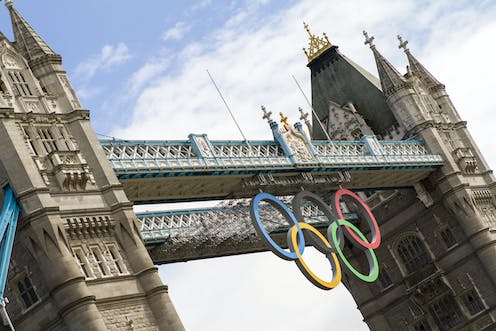 This summer has marked 10 years since the London 2012 Olympics, and a chance to reflect on the event’s legacy. From the outset, the aim was to make it a ground-breakingly sustainable event. According to the United Nations, sustainability is “development that meets the needs of the present without compromising the ability of future generations to meet their own needs”. It has as much to do with legacy as it does environmental impact.

Read more:
London 2012 Olympics: how it boosted medal winning but failed to inspire a generation


The BBC comedy Twenty Twelve, which satirised the organisation of London 2012, drew attention to this. In one episode, the (fictional) head of sustainability describes the Games as being a “catalyst for change” and “improving the quality of life in London’s East End”.

These are arguably the exact same outcomes lauded in the (actual) UK government and mayor of London’s joint report on the Games’s legacy. And recognition has come from all sides, showing that this goal was met.

In 2012 Achim Steiner, executive director of the UN’s environmental management group, praised London 2012 for showing society more broadly that “sustainability is not theory but infinitely doable” in practice. Ten years on, local school groups continue to use the Olympic Park site as an outdoor classroom, to learn about how east London’s polluted waterways and brownfield land was transformed into a new public park.

How this was achieved – in other words, what governance was in place – is crucial to gauging how London 2012 has influenced events in the UK since, from football tournaments to festivals. More importantly, London’s hosting of the Olympic Games effectively changed the way we, as consumers of such events, talk about sustainability.

In business terms, hosting an edition of the Olympic and Paralympic Games is a bit like taking on a fast-food franchise. As the host city, you sign a contract with the International Olympic Committee which stipulates how you must conform to specific operational guidelines in terms of time, budget and quality. You take on the risk of managing these complex protocols to put on the world’s biggest show. If a global recession hits, as it did in 2008 during the lead-up to London 2012, or a global pandemic scuppers a host’s plans, as for Tokyo 2020, you pick up the bill, even if that means using public funds previously earmarked for your legacy plans.

The challenge is that “the host city” is not a single entity but a cacophony of actors, with no one specific individual or organisation in charge. As Jeremy Beeton, director general of the temporary government agency in charge of coordinating London 2012, described the complex delivery structure:

You have this marvellous situation where you’ve got powerful figures all over the place running departments, boroughs and the city, [but] they’re not governance structures because you can’t govern.

This is often referred to as the “problem of many hands”.

In the late 1990s and early 2000s, the UK did not have a strong record of delivering complex projects on a national scale. London in particular suffered reputational and economic damage during the “Picketts Lock affair” of 2001, when Tony Blair’s government blocked funds to redevelop Wembley stadium. This political move reportedly cost London its bid to host the 2005 World Athletics Championships.

But London’s subsequent stewardship of the 2012 Olympics made clear how thoroughly the UK had transformed that reputation. A key factor in achieving its sustainability goals is how disparate stakeholder groups across the public and private sector have been able to work together when united by a common vision.

London first submitted its application to host the Olympics in 2003, and was formally announced the winner in 2005. In 2007, then-London mayor Boris Johnson and Tony Blair, as prime minister, formed the commission for sustainable London 2012. This was intended as a guarantor that the Games would live up to their commitments in terms of construction, food, waste, energy and carbon emissions.

In 2008, the Olympic Delivery Authority, the public body in charge of the event’s venues, infrastructure and legacy, published a sustainability strategy. Sebastian Coe, chairman of the London 2012 organising committee, said the committee saw the Games as an opportunity to demonstrate an “unprecedented scale” of sustainability:

London 2012’s relentless pursuit of sustainability has been part of every bold and challenging decision we have made, in the development of the Olympic Park and the staging of the Games.

In particular, Coe highlighted that these Olympic and Paralympic Games were the first to be recognised for meeting the sustainable event management standard BS 8901. This British standard has helped pave to the way for a new international standard on sustainability, which goes some way to showing the impact that these Games – and the UK – have had on international sustainability policy.

The initiatives and planning built into London 2012 included adopting the WWF-endorsed One Planet Living sustainability framework, using Dow insulation within the Olympic Stadium, committing to zero-waste targets, and greening the Games’ supply chain.

However, these plans did not see consistent results. Before the Games began, the Guardian’s environment correspondent Fiona Harvey wrote that “the ‘greenest Olympics ever’ could have been a great deal greener than they will be”. Shaun McCarthy, chair of the Commission for a Sustainable London 2012, laid out the challenge in blunt terms, in early 2013:

Although London has delivered the most sustainable Games ever, it is not possible to call any Olympic or Paralympic Games truly sustainable, given the excessive use of resources needed.

Nonetheless, research shows that, since 2012, collective effort has contributed to better practice and conversations around event hosting. In September 2021, Tottenham Hotspur partnered with Sky in the #GameZero initiative to put on the world’s first net-zero football game. And Birmingham has claimed that its 2022 Commonwealth Games constitute the most sustainable multisport event to date. Both in ambition and infrastructure, these two events are a result of the sustainable legacy pioneered by the organisers of London 2012.

Verity Postlethwaite has received funding from the University of Worcester to complete a doctoral study on the London 2012 Olympic and Paralympic Games (thesis publicly accessible, and the Japan Society for the Promotion of Science (PE18768) to analyse the policy making process for disability sport in Japan and the United Kingdom: 2012 – 2020.

Dr. Mike Duignan has previously received funding from the International Olympic Committee (IOC), but for a topic unrelated to this article. Mike is also the Director of the Observatory for Human Rights and Major Events which is the UK's official Olympic Studies Centre, which is affiliated to the IOC's academic Olympic Studies Centre. However, the nature of this relationship is academic with the view to disseminate good social science concerning how we can enhance the social and economic benefits of hosting the Olympic Games for the host country, city and its citizens. This article was based on work funded by 2020 Marie Skłodowska-Curie Actions, Research and Innovation grant agreement no. 823815.

2022-08-11
Previous Post: Monkeypox can become endemic – here’s how it can be stopped in its tracks
Next Post: Can the monkeypox virus spread via clothes or groceries?