YERMEY PINO’s agent is reportedly in talks with several Premier League clubs over a summer move for his client – with Arsenal allegedly leading the race.

The winger caught the eye of multiple clubs last season with a string of impressive displays for Spanish big boys Villarreal.

And according to reports, Pino’s representative has been courted by a number of “important” Prem clubs.

That’s according to El Periodico Mediterraneo, who claim the teams have held preliminary transfer talks with Spaniard’s reps.

A formal offer, however, has yet to be tabled by any club – including from Arsenal.

Gunners boss Mikel Arteta is reportedly eager to add the 19-year-old to his Champions-League-chasing squad before the transfer window shuts. 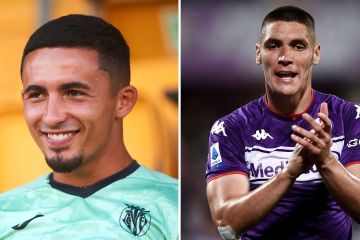 Villarreal are said to have slapped a £67.5million release clause on the forward.

But it’s been claimed the Yellow Submarine will let the teenager abandon ship if they receive a fee in the region of £34m-£42m for his services.

Pino, a product of Villarreal’s academy, enjoyed a stellar campaign for Unai Emery’s side last season.

The teen scored seven goals and racked up four assists in 40 appearances for the Castellon club – who ended the 2021/22 season in seventh place.

Pino and his Villarreal team-mates will kick off their La Liga campaign on Saturday evening, travelling to the Jose Zorrilla Stadium to take on Valladolid.

2022-08-10
Previous Post: Furlough had a protective effect on mental health – but it wasn’t as good as working
Next Post: Trans rights and political backlash: five key moments in history