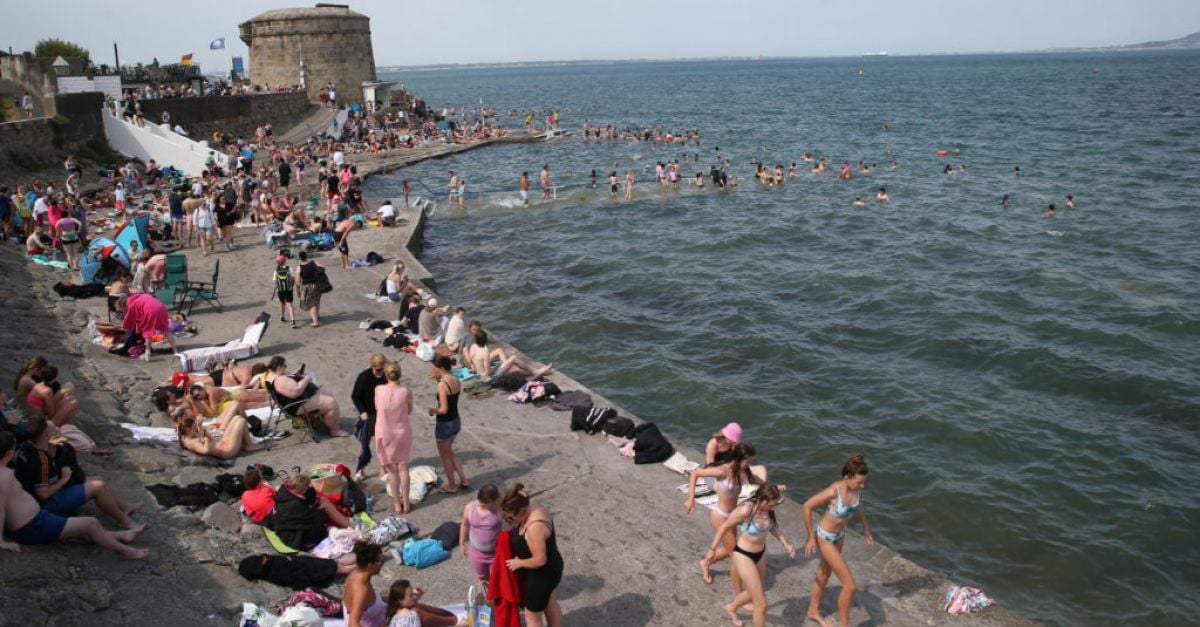 Met Éireann are forecasting temperatures will reach up to 26 degrees next week as the warm weather is set to start from Sunday.

Tommorrow morning will begin cloudy over much Ulster with patchy light rain.

It is expected to be sunnier elsewhere and generally dry, outside of a few well scattered light passing shower.

Sunday will see high temperatures of 18 to 22 degrees, with a light to moderate westerly breeze.

Sunday night will be dry with long clear spells overnight with some mist or fog patches developing in light winds. Lowest temperatures of 8 to 11 degrees.

Monday looks set to be largely dry on with sunny spells. There is the possibility of a few light showers in the west and north of the country.

Maximum temperatures will range from 19 to 23 degrees in a moderate southwest or variable breezes.

Tuesday will be a mostly dry day with long spells of sunshine and just the small chance of a few light showers in Connacht and Ulster.

Highest temperatures ranging from 21 to 24 degrees with light southwest or variable winds.

Dry with clear spells on Tuesday night. Mist and fog will develop in places as winds fall light. Minimum temperatures of 11 to 14 degrees.

Another dry and mostly fine day is forecast for Wednesday with long spells of sunshine.

Feeling somewhat warmer than preceding days with highs of 22 to 26 degrees with light southwest winds.

Long clear spells overnight with some mist or fog developing once again in mostly light winds. Lowest temperatures of 10 to 13 degrees.

Sunday morning will begin cloudy☁️ over much Ulster with patchy light rain🌧️.

Sunnier elsewhere and generally dry, with a few scattered showers🌦️.

Brightening up🌤️ in Ulster through the day with a mostly sunny end to the day nationwide.