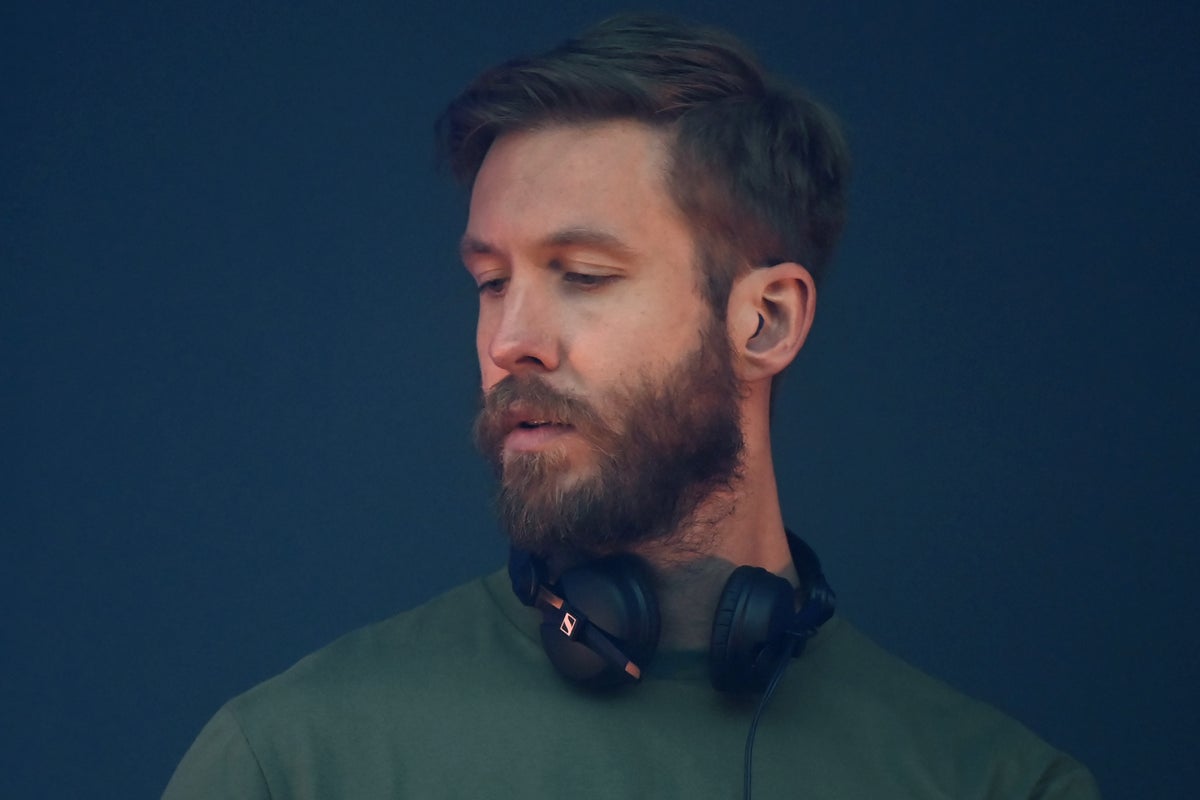 alvin Harris’ 2017 album Funk Wav Bounces Vol. 1 was a defining moment in the career of the superstar DJ. After starting out as an electro-pop dork in the late ‘00s, the Scot then turned himself into an EDM titan across the following decade, making massive radio hits with gigantic drops and euphoria at their heart.

On the first edition of Funk Wav Bounces half a decade ago, Harris enlisted the help of an A-List cast of friends, from Frank Ocean to Nicki Minaj, to make an album that still had the radio in its sights, but felt more appropriate for the poolside than a warehouse rave. Five years later, a surprise second edition is here. As well as having a guestlist just as stacked as its predecessor, Vol. 2 largely carries on with a similar energy to the first edition, and asks you to sit back and relax.

After their chart-topping success on One Kiss, Harris and Dua Lipa team up once again here for lead single Potion, which also features Young Thug. As smooth and silky as anything off the first Funk Wav Bounces, it sees the pair once again mix up something magic over syrupy basslines and Dua’s sensual vocals.

Such is the sheer number of guest stars here – 23 across 14 tracks – the album could easily be seen as Harris purely boasting as to the star quality of his phonebook, but there are far more hits than misses in the line-ups he has put together. Normani, Tinashe and Offset bounce off each other effortlessly on New To You, and Halsey, Justin Timberlake and Pharrell manage to not crowd each other out on the star-studded Stay With Me (though it does extend itself into an encore, titled Stay With Me Part 2).

Through the languid New Money (featuring 21 Savage) and superb Obsessed (with an excellent turn from Charlie Puth), a constant vibe remains across Funk Wav Bounces Vol. 2: world-famous stars roll in and out through a revolving door while Harris keeps things ticking along through bopping bass, sun-drenched funk melodies and a laid-back energy that rarely deviates. As such, the impact of particular songs often wanes, but a constant atmosphere remains. It’s only really Halsey’s hugely charismatic turn on Stay With Me that cuts through the sun-drenched atmosphere and bursts out of the speakers with any urgency, but the unhurried, luxurious aura of the album is a delightful one to sit with, even if there aren’t too many twists and turns along the way.

There might not be anything here quite as attention-grabbing and immediate as Vol. 1’s Frank Ocean-featuring highlight Slide, but a second edition of Funk Wav Bounces proves well worth it. Arriving just in time for the tail end of summer, it’s a slice of pure escapism with Harris at the wheel keeping the good times rolling.

2022-08-05
Previous Post: Taiwan dominates the world’s supply of computer chips – no wonder the US is worried
Next Post: Taiwan: Beijing reacts to Pelosi’s visit with live-fire exercises prompting fears of escalation