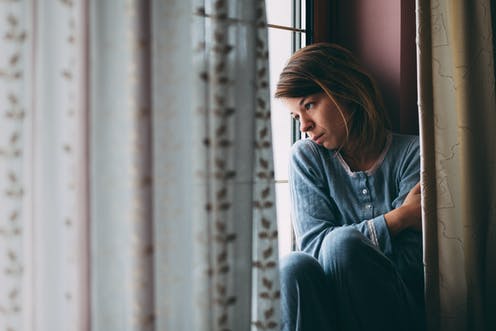 Losing a parent during adolescence and young adulthood can be particularly damaging to mental health and wellbeing. Our latest research has now shown that young people who lost a parent were more likely to be admitted to hospital for treatment for substance misuse use problems or suicidal behaviour around the anniversary of their parents’ death.

We conducted a large study of nearly 2 million people using population data collected in Sweden between 2001 and 2014. To understand whether there was a greater risk of substance misuse or suicidal behaviour around the anniversaries of a parent’s death, we connected the dates of parental deaths with the dates that participants were admitted to hospital for drug misuse, self-harm or attempted suicide. We tracked participants for a period of four anniversaries.

Almost 3% of the study population experienced the death of a parent between ages 12 and 24. To make certain that any raised risk was specific to the anniversary of a parent’s death, we compared hospital admissions for drug use or suicidal behaviour around anniversaries with those that happened on different dates in the same year among those who had lost a parent.

One year after losing a parent, there was a 121% increased risk of hospital treatment for substance misuse in the two months following the anniversary among men, and a 91% increase among women compared with people who had not lost a parent. The increased risk for suicidal behaviour during the same period was 218% for males, but there was no notable increase among females. This pattern continue among those who had lost a parent for the next three years – though they became less common over time. Fortunately, fatal events were extremely rare.

But it’s important to stress that substance misuse or instances of suicidal behaviour were not common in people who had lost a parent. Only around 2% of those who were bereaved were admitted to hospital during the study period for substance use disorder. Only around 1% were identified as exhibiting suicidal behaviour. But this behaviour did occur more frequently in people who had lost a parent at a relatively young age compared to those who did not.

Our study also showed that the risk of hospital treatment due to substance misuse or suicidal behaviour was higher in the initial years for men than women. But there was also a greater risk of prolonged substance use disorder among women – which persisted over four anniversaries. Women were also more likely to be treated in hospital for substance use disorder in the month before an anniversary, suggesting that anticipation of the anniversary date resulted in painful feelings.

Loss of a parent at a relatively young age will clearly be a source of intense grief for most people. But our study shows that, while it is uncommon, for some this anniversary may lead to harmful behaviour. But our study has also shown that grief-related distress diminishes over time – and so does the risk for substance misuse and suicidal behaviour.

Anniversaries of the loss of a loved one can be particularly distressing for people, no matter their age. But it’s uncertain why the anniversary of a loved one’s death seems to trigger mental ill-health to a greater extent than other important anniversaries do – such as the bereaved family member’s birthday. This is something researchers will need to continue investigating.

Our research shows that there’s a clear need to support people who have lost parents around the time of loss – and that this support should also be given around the anniversary they lost a parent, possibly for many years. It’s also important to recognise that mental health risks may differ between men and women. Providing the right kind of support – including grief counselling, help with alcohol and other drug-related problems and mental health help – will be essential for reducing harm among people who have lost a parent.

This study was supported by grants from the Swedish Research Council
(2017–03266; recipient: MR), the Swedish Research Council for Health,
Working Life and Welfare (2019–01236; recipient: AH), the UK
Economic and Social Research Council to the International Centre for
Life Course Studies (ES/R008930/1), and Nyckelfonden (OLL-695391;
recipient: SM). AH was also supported by Osaka University
International Joint Research Promotion Programme (type A) 2019–22
with University College London (integrated research on prevention,
treatment, and care for dementia). JSa was supported by the
Åbo Akademi University Foundation’s funding of the DemSwed Internal
Centre of Excellence 2019–24.

2022-07-31
Previous Post: Pope Francis says he may need to retire – here’s what it could mean for the future of the papacy
Next Post: Studio Technician (Interior Architecture)