China: how does the UK’s power to push back against the rising superpower really compare to that of the EU? 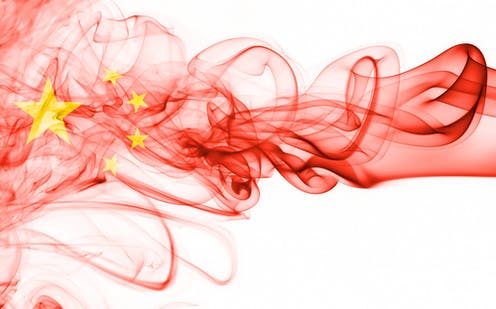 The EU has been at the forefront of political efforts to work with and check the threats represented by China to the west since 1975. In 2019, the EU labelled China “a systemic rival” after efforts to negotiate a trade deal, the comprehensive agreement on investment, faltered.

The UK – as an EU member state – was part of these strong collective European responses that focused on trade, containing the expansion of Chinese influence and placing pressure on China’s human rights record. There were considerable successes on trade, some positive results in checking and slowing influence and limited progress in transforming the Chinese government’s disposition towards human rights.

Outside of the EU, the UK now finds itself looking for partners to work with to check China’s rising power, unable to exert significant economic or political pressure on China on its own. The UK’s influence via the UN is hampered by the UN’s inability to hold the permanent five members of its security council (China, France, Russia, the UK and the US) to account. The UK has influence through Nato, but Nato’s reach beyond pure military matters is limited. Finding post-Brexit influence is proving to be difficult.

The political, military and economic challenges presented by China’s rise have been brought into sharp relief by the Russian invasion of Ukraine – which has offered the prospect of a new era of hard military resolutions to territorial claims. Other factors include the strategic shocks to the global economy driven by the aftermath of the 2008 financial crisis and the more recent impacts to productivity and dislocation of supply chains from the ongoing COVID pandemic.

Nationalist politicians such as former US president Donald Trump, Hungary’s prime minister Victor Orban and even the departing British prime minister Boris Johnson, have promised the reemergence of strong national influence on the world stage, unshackled from what they describe as a beleaguered international order.

Trump’s central rationale was to “Make America Great Again”, while Brexiteers in the UK pointed to an imperial past and success of being a medium-sized power “punching above its weight”. Turkish president Recep Tayyip Erdogan, Orban in Hungary and opposition politicians in France and Italy all have their own versions of the same isolationist narrative that is gaining traction with the public.

If the 21st century is to be “the Chinese century”, then it will be collections of states with similar values and interests acting together that will help to ensure that this era remains peaceful. The UK needs to find its way back to being a functional and grown-up international actor to work with China in a way that does not create national security issues, nor the economics of dependence.

Few countries are singly capable of shaping the international arena in political, military and economic terms. Contrary to the anti-European idea that pooled sovereignty equates to being enslaved, all of those pooling their sovereignty are free to leave, as the UK did. But the cost of leaving might be high, as it currently is for the UK.

Read more:
Ukraine conflict: how China could follow Russia’s playbook to increase its own powers


Across politics, military and economic affairs, only the United States and China can achieve influence without coalition help. In military terms, Russia has demonstrated its capability in Ukraine and caused disruption to global economics rather than influence. Saudi Arabia and Kuwait might be able to achieve similar disruption with their supply of oil. There are no European powers, including the UK, that can do this alone.

This is the essential contradiction in the logic of Brexit. Britain was far more influential when it routed and projected its norms, values and preferences internationally through the EU. The UK amplified its preferences through the collective strength of 400 million people, rather than needing to form coalitions of the willing quickly event by event, or issue by issue.

What the UK offered to the EU was an effective political bridge across the Atlantic and to a large swathe of the wider world. This role was valuable in conjunction with EU membership, and its historic influence into the former British empire, and the Commonwealth countries. No longer a member of the EU, Britain’s role as a preferential broker has been squandered, even though it remained firmly within Nato. Germany now plays the role of Atlantic bridge for the US into the EU. In addition, Commonwealth countries no longer need to pay great heed to British preferences.

All of this is important within the context of the China question. Membership and status as a leading voice in the EU afforded the UK extensive shields and a platform to counter some of the less desirable elements of Chinese behaviours.

The EU – as a civilian superpower, and largely non-militarised diplomat – has been very successful in mitigating the effects of dumping from China (pushing below cost price goods into a market to eliminate local competition), and seeking to firmly address Chinese political influence.

The EU – as a closely bonded club of nations – is naturally designed to try and avoid the worst of the divide-and-conquer strategies that China has employed across Africa, has begun in Latin America and has had some partial successes with Australia as well.

The superiority of China in developing artificial intelligence, offensive cyber operations, appropriating intellectual property and its perceived strengths in quantum computing mean that there is a very high chance of friction between the UK and China.

Brexit has been done, so Britain now has to find new partnerships that work. It might be harder than some would expect.

2022-07-29
Previous Post: 37 of the Best Films on Netflix This Week
Next Post: Four reasons the shift to hybrid working is set to stay for young professionals