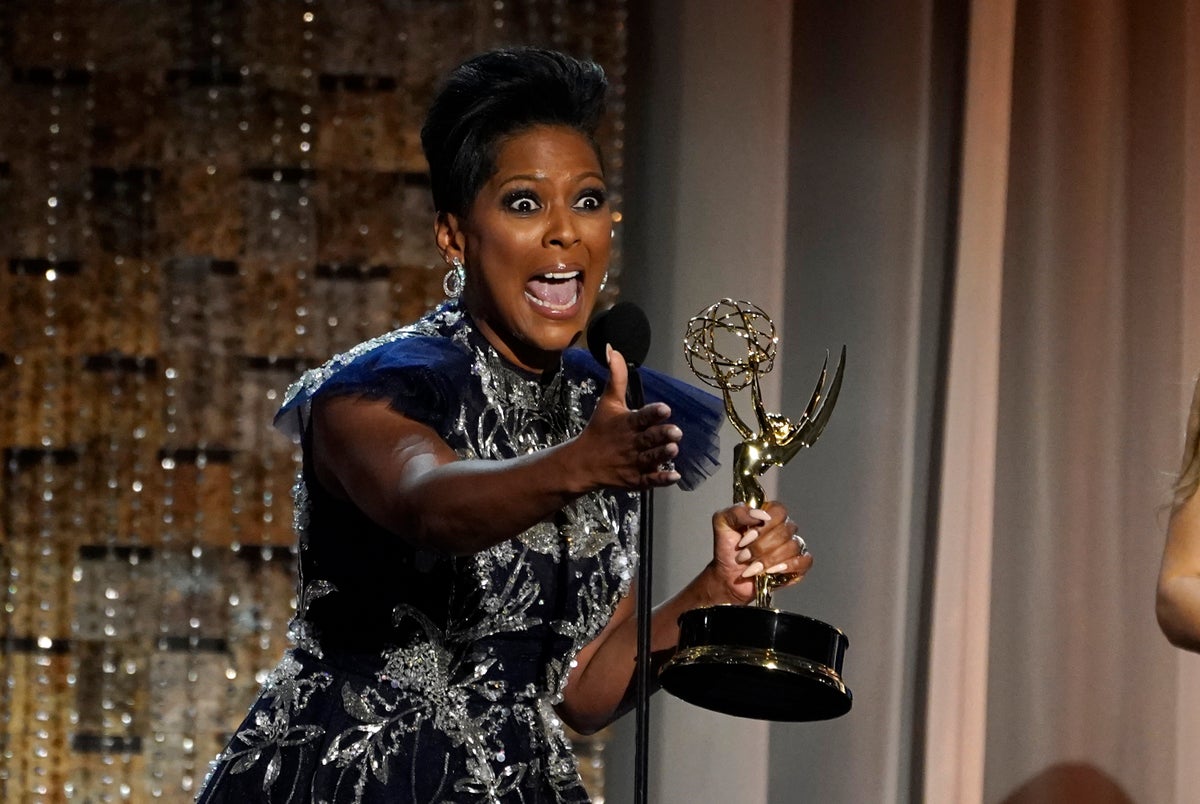 he 74th Emmy Awards are nearly upon us, and each year they celebrate the best TV shows and performances from the last year, in a variety of categories, from drama to comedy, reality and more.

This year’s event is likely to return to pre-pandemic type of ceremony, in contrast to the 2021 Emmys, which took place outside on The Event Deck at L.A. Live.

The 2022 edition will mark a realignment of the Emmys following an agreement between the two TV academies, dissolving the usual division of Primetime and Daytime editions.

Going forward, the ceremonies will be divided by genre, with comedy, drama, limited, reality and variety series plus telefilms competing for the traditionally primetime awards.

Here’s everything you need to know…

The official location for the Emmys 2022 is yet to be announced, but rumours suggest that it will return to the Microsoft Theater in Los Angeles.

The Microsoft Theatre has hosted many previous Emmys, but has been closed for the last two years due to the Covid pandemic.

If you’re in the United States, you can watch the Emmys 2022 on NBC.

Each year, the channel they’re on rotates between ABC, CBS, Fox and NBC, and this year it’s NBC’s turn to host.

This year’s Emmys host is yet to be confirmed, however, there are some interesting runners and riders.

Chris Rock has reportedly been approached to host. There’s also a chance Jimmy Fallon or Seth Myers could take the reigns, alternatively, there’s a chance it will be Amber Ruffin.

The official nominations for the Emmys 2022 are announced on Tuesday, July 12. It has been rumoured that Melissa Fumero and J.B. Smoove will announce the nominations.

To qualify for the Emmys 2022, a show must have premiered between June 1, 2021, and May 31, 2022. They can be from either streaming services or broadcast/cable networks.

How to watch the 2022 Emmy nominations

What are the Emmys 2022 categories?

Here’s a breakdown of this year’s main TV Emmys awards, handed out by TV genre: