DEREK CHISORA called out Deontay Wilder in a bid to add the American to his ever-improving boxing record.

The heavyweight veteran made the brave challenge after he overcame Kubrat Pulev in their epic rematch.

Chisora, 38, had not won in his last three bouts, having last celebrated victory in 2019.

He said: “I last won a fight three years ago…

“I’m happy today but at the same time I’m sad. I don’t have many left in me but what I do have I will give my all to you guys.

“I don’t have many left, so my next couple of fights… I’m on my way out. 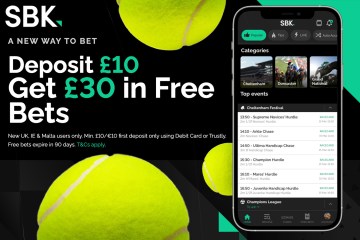 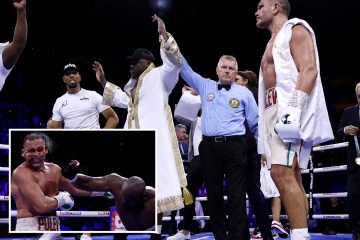 “I don’t want no easy fights, I want the hard fights. I told Eddie Hearn the other day, if he can get me the Bronze Bomber I’ll be happy.

Fury is another man Chisora twice fought but lost to, like was the case with Dillian Whyte, 34.

The likes of Oleksandr Usyk, 35, and Joseph Parker, 30, are also star names to have shared the ring with Chisora.

But after the Londoner was unfortunate to come up second best on the cards in the past, he was not denied against Pulev, 41.

Chisora added: “I needed a win, I’ve lost so many fights on the road.

“What a great way to win it, I’m buzzing right now, you don’t understand. It feels great to be a winner.”