Brit golfer Matt Fitzpatrick has revealed a harrowing phonecall with his Ukrainian ex-girlfriend gave him a different take on life.

The 27-year-old, currently starring at the US Open, got in touch with his former partner Deniz Khazaniuk, who lives in the war-torn country and whose family still live in Lviv.

Fitzpatrick told Sportsmail back in March: “She was telling me about her gran who had a couple of strokes recently and can hardly walk, so she can’t go anywhere.

“Then she told me about her uncle who had just packed his bags and was off to fight tomorrow.

“I was sitting there in Florida ready to practise and it hit me, the contrast between the fact he might never come back and what I do.”

Fitzpatrick, who has climbed to No18 in the world thanks to top-10 finishes at the Phoenix Open and the Pebble Beach pro-am. admitted that the situation in the Ukraine has made him view tournaments differently. 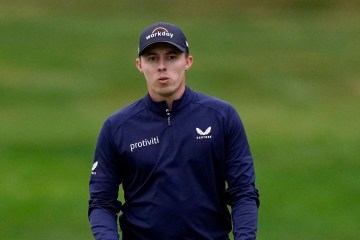 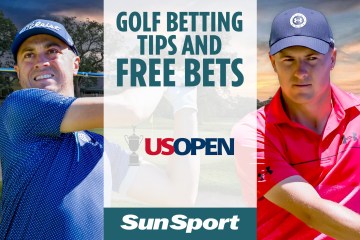 “I’d already decided to be a little easier on myself this year and appreciate all that I have but that phone call just emphasised I don’t want to be miserable for the rest of my life worrying about winning golf tournaments,” he said.

“Sure, I want to win but there has to be a balance.

“The people around me say that I’m different in a major week and while I can’t see it myself it’s something that I need to work on.

“I feel that I’m a different player now to 2015-18, so hopefully I can relax in the majors and it will start to show.”

Fitzpatrick is currently tied first at the US Open alongside Will Zalatoris, with Jon Rahm breathing down the necks in third just a shot behind.

Should he win, it will be his first win at a majors – with a fifth-placed finish in this year’s PGA Championship his best performance so far.

2022-06-19
Previous Post: This is Not Who I Am at the Royal Court
Next Post: Wait until next budget for help with cost of living, Taoiseach says