MICHAEL VAUGHAN and three other ex-England players have been charged with bringing cricket into disrepute over racism allegations.

Their county Yorkshire was also charged and it comes little more than a week before the Third Test against New Zealand starts at Headingley.

Ex-Yorkshire skipper Andrew Gale is believed to be among a total of seven individuals charged.

The charges come after former Yorkshire all-rounder Azeem Rafiq went public with claims that he was racially abused at the county.

Vaughan has always “completely and categorically” denied saying to Rafiq and other players of Asian heritage before a Yorkshire match in 2009 that there are “too many of you lot — we need to do something about it.” 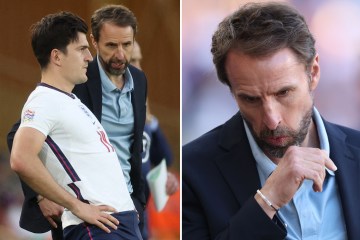 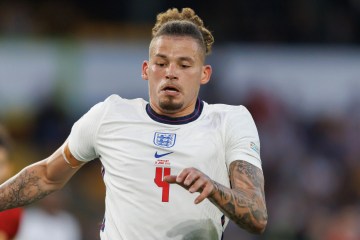 He is currently working for the BBC on their TV coverage and as a summariser on Test Match Special on the radio.

Hoggard denies the claims, Bresnan has denied using racist language towards Rafiq, while Ballance admitted calling Rafiq a “P***” but claimed it was “banter” with his one-time best friend.

The cases will be heard by the Cricket Disciplinary Committee, which works separately from the ECB, in either September or October — although this could be delayed because of legal wrangling.

Vaughan and other players plan to fight the charges and will have a chance to put their sides of the story under cross-examination.

Most read in Cricket

Ballance is the only player still on the staff at Yorkshire, although he has not played this season.

Rafiq, who provided a witness statement to the ECB, said: “I welcome the announcement by the ECB and hope we can move to the hearing quickly.

“This has been another gruelling but unfortunately necessary process.

“It has been a long two years since I went public about my experiences — but I hope this all means that no young player ever goes through such pain and alienation again.”

An ECB statement said: “In matters of this nature, our normal practice is not to identify individuals charged at this stage.

“It is however standard practice for the CDC disciplinary panel to publish its decisions and written reasons in full following the hearing.”

Yorkshire said the charges relate to allegations as far back as 2004.

A spokesman added: “The club will need the co-operation of those in position during this time in order to fully consider and respond to the matters raised.”

2022-06-15
Previous Post: Ukraine: most people refuse to compromise on territory, but willingness to make peace depends on their war experiences – new survey
Next Post: UK inflation: how experts pick goods to track price changes and what it says about UK consumers