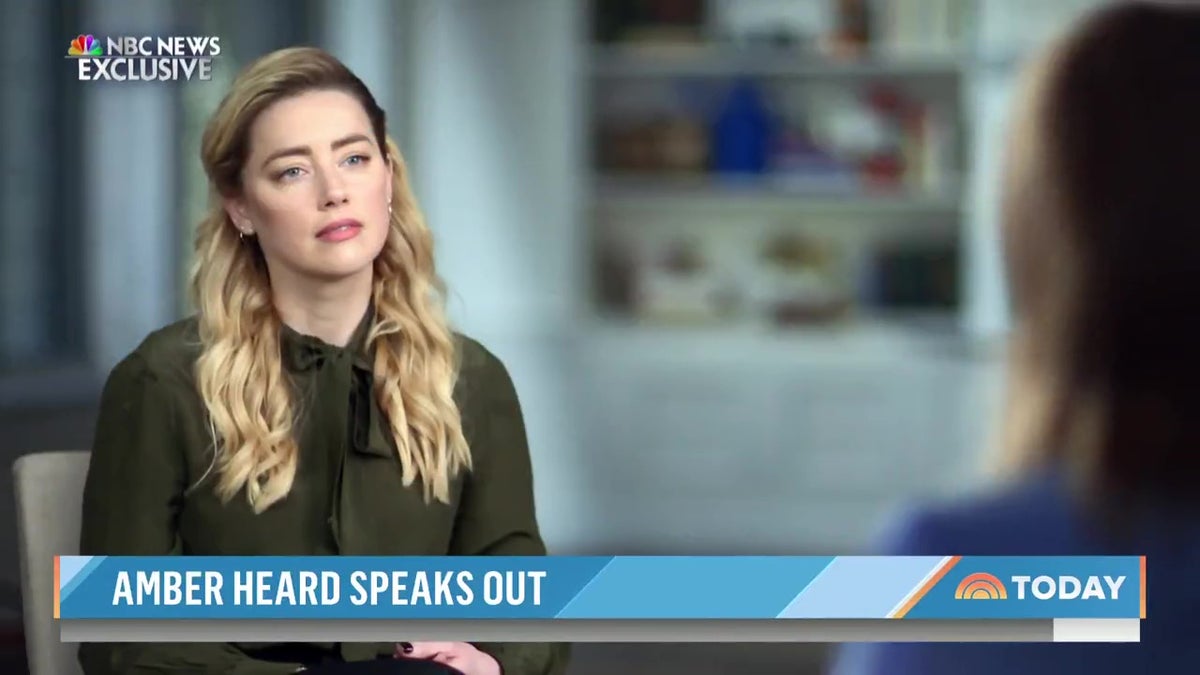 mber Heard has said to her “dying day” she will “stand by every word” of her testimony against Johnny Depp, in an explosive first interview since the highly publicised defamation case.

The actress, 36, says she does not blame the jury for the result in the high-profile case, which concluded two weeks ago, but will discuss the “hate and vitriol” she received online during proceedings.

The full interview with NBC Today journalist Savannah Guthrie has aired on Tuesday at 12pm UK time on Today and on Friday on the Dateline programme.

Ahead of the broadcast, a spokesperson for the Aquaman star said: “Johnny Depp’s legal team blanketed the media for days after the verdict with numerous statements and interviews on television, and Depp himself did the same on social media.

“Ms Heard simply intended to respond to what they aggressively did last week; she did so by expressing her thoughts and feelings, much of which she was not allowed to do on the witness stand.”

In the preview clip of the interview, Heard said of the jury: “I don’t blame them. I actually understand. He’s a beloved character and people feel they know him. He’s a fantastic actor.”

Guthrie from NBC Today responded by saying: “Their job is to not be dazzled by that. Their job is to look at the facts and evidence and they did not believe your testimony or your evidence.”

Heard added: “Again, how could they after listening to three and a half weeks of testimony about how I was a non-credible person, how not to believe a word that came out of my mouth?”

Speaking about the messages she has received online, she said: “I don’t care what one thinks about me or what judgments you want to make about what happened in the privacy of my own home, in my marriage, behind closed doors.

“I don’t presume the average person should know those things. And so I don’t take it personally.

“But even somebody who is sure I’m deserving of all this hate and vitriol, even if you think that I’m lying, you still couldn’t look me in the eye and tell me that you think on social media there’s been a fair representation.

“You cannot tell me that you think that this has been fair.”

Following six weeks of evidence at a court in Fairfax County, Virginia, a jury found that a 2018 article Heard wrote for the Washington Post about her experiences as a survivor of domestic abuse to be defamatory.

Heard won on one count of her counter-suit, successfully arguing that Depp’s press agent defamed her by claiming her allegations were “an abuse hoax” aimed at capitalising on the £MeToo movement.

The jury awarded her two million dollars (£1.5 million) in damages.

As deliberations began, Depp appeared on stage with veteran rock guitarist Jeff Beck, 77, during his UK tour and the pair also recently announced a collaborative album.

Depp previously lost a similar trial in the UK which he brought against the publisher of The Sun newspaper after an article, also written in 2018, which referred to him as a “wife-beater”.

Deadline reported the interview with Heard was filmed on Thursday June 9 in New York under tight security and secrecy.

Heard’s interview will air first on Tuesday and Wednesday’s editions on NBC News’ Today programme, with more of the sit-down airing on Friday during a special Dateline show.