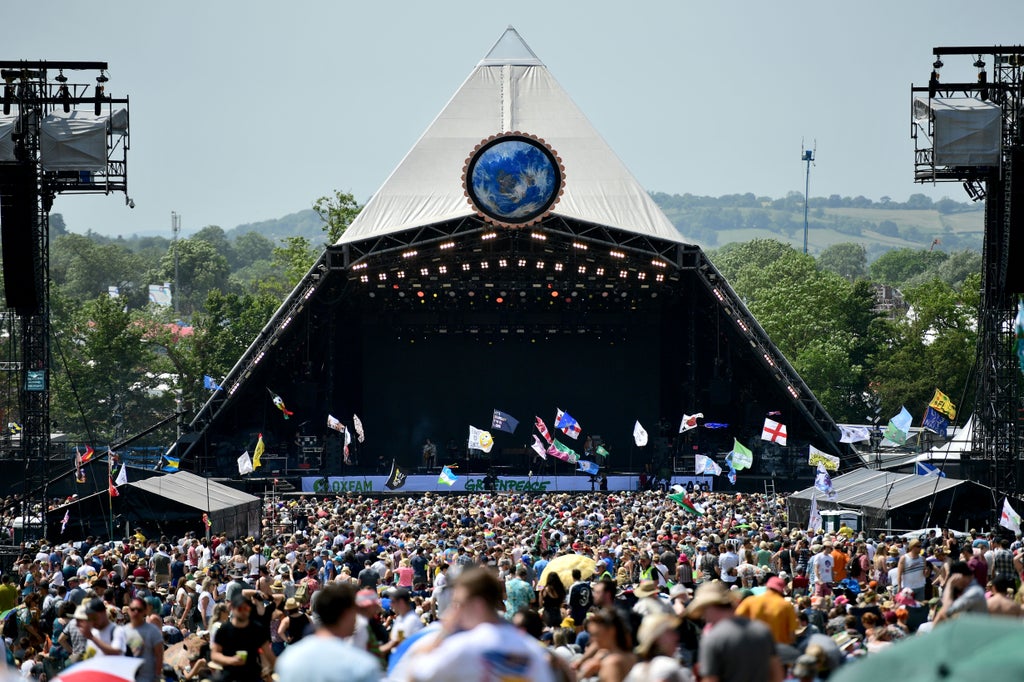 ighlighters at the ready: the humongous Glastonbury 2022 line-up has just been released in full, so it’s time to start planning your must-see list.

With a complete list of stage splits and set times, as well as some previously unannounced names — the likes of AJ Tracey, Pa Salieu, Kae Tempest, Little Dragon, The Libertines and Yungblud, among others — the long-awaited return of the UK’s biggest festival is now shaping up.

Billie Eilish, Paul McCartney and Kendrick Lamar had already been confirmed as the Pyramid Stage headliners on Friday, Saturday and Sunday respectively, but now their set lengths have been set it stone too. Lamar and Eilish will play for 90 minutes each, while McCartney will be given two hours and 15 minutes to work through his extensive back catalogue.

Sam Fender, Noel Gallagher’s High Flying Birds and Lorde will all play the second headline slots on the main stage throughout the weekend, while Foals, Megan Thee Stallion and Pet Shop Boys have been unveiled as Other Stage headliners.

A host of stars will perform before them on Glastonbury’s second-biggest stage, including Olivia Rodrigo, Burna Boy, St Vincent and Olly Alexander’s Years and Years.

Over on the West Holts Stage, Little Simz, Roisin Murphy and Bicep will top the bill across the weekend, while Primal Scream, Jamie T and Charli XCX are the biggest acts on the covered John Peel Stage.

Over on the Park Stage, it’ll be up to Four Tet, Jessie Ware and Courtney Barnett to finish each night, while the Acoustic Stage will welcome Paul Heaton and Jacqui Abbott, The Waterboys and Suzanne Vega as its headliners.

The huge, fire-breathing spider — otherwise known as the Arcadia stage — will make a return for 2022, with some dance music heavy-hitters helming the decks, from Carl Cox going back-to-back with Chase and Status for a jungle set, to chart-topping titan Calvin Harris.

There are some gaps in the scheduling, fuelling rumours of surprise sets throughout the weekend, as there always are. Sunday has spaces in the John Peel tent and Park Stage, with Harry Styles and Taylor Swift, who was set to headline in 2020, among those mooted.

The line-up is almost inconceivably massive, with acts spread out across 75 stages. But sifting through the programme to pick out a favourites is a rite of passage for Glasto-goers, as is wandering around the various areas and stumbling upon something unexpected.

The 2022 edition is set to be the most historic in the festival’s history, having missed two years due to the Covid pandemic, and now finally able to celebrate its 50th anniversary, which was initially set for 2020.

2022-05-30
Previous Post: End-User Computing Team Manager at University of Bristol
Next Post: Haiti has suffered hugely over centuries but its revolution was stunningly innovative