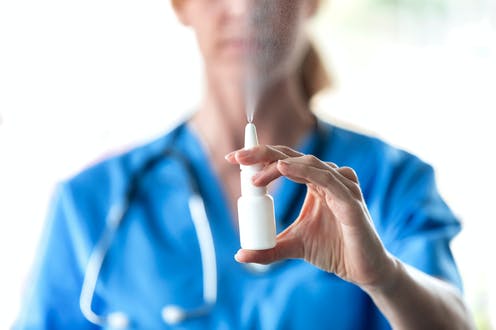 As new waves of omicron infections continue to hit around the world, it’s becoming clearer that COVID is here to stay. As such, in the years to come, vaccination – both first courses and booster doses – will likely remain necessary to brace global communities against the worst health outcomes wrought by the virus.

But what if the current crop of vaccines could be improved? Recent advances in vaccine technology and delivery systems suggest there could be gains to be made.

In particular, scientists are working on vaccines that activate your “mucosal” immune system, which may be better able to prevent infection with SARS-CoV-2, the virus that causes COVID-19. And rather than being delivered into your arm (intramuscular vaccines), these vaccines could be delivered as a spray up your nose (intranasal vaccines).

Read more:
Haven’t had COVID yet? It could be more than just luck


Let’s start with some background. SARS-CoV-2 can infect the cells that line the surface of your respiratory tract (commonly referred to as your mucous membranes) all the way from your nose to your lungs. Right across this surface, the virus can damage your cells and provoke inflammation that leads to further dysfunction both locally and throughout the body.

Vaccines are used to both reduce how much the virus can replicate, and to control the ensuing inflammation, which is probably the major cause of severe disease and death from COVID. Our current vaccines work by presenting a small bit of the virus (the spike protein) as what’s known as an “antigen” to your immune system in your muscle.

The idea is this occurs before a SARS-CoV-2 infection, and allows your body to produce antiviral antibodies, which can block the virus from getting inside your cells, as well as T cells, which can help cure those cells that do get infected.

Even though it’s initially provided to the muscle in your arm, the vaccine antigen makes its way to your nearby lymph nodes. These are organs which stimulate an immune response in the blood and other fluids that run throughout the body. But what’s often less pronounced following traditional vaccination is the response in mucosal tissues like the gut, lungs or your nose.

This is because the mucosal immune system is somewhat independent to the systemic one. Given how often these surfaces are exposed to infection or stimuli like dust and pollution, mucosal tissues have their own immune system, composed of specialised antibodies and T cells.

Scientists have often thought that eliciting an immune response in the nose, throat and airways, where typically viruses like SARS-CoV-2 initially enter the body and grow, can result in improved protection compared to intramuscular vaccines – essentially stopping it at the source.

Mucosal vaccines are already in wide use in children for other respiratory pathogens like influenza.

Although the first COVID vaccines to pass clinical trials didn’t specifically target the mucosal immune system, a plethora of new vaccine candidates are being explored in pre-clinical and clinical trials. These include intranasal regimes that could work together with the standard COVID vaccines, but also which could work independently.

In animal trials these mucosal vaccines have shown protective effects. In mice, scientists have observed that intranasal vaccines induce higher levels of protection against infection compared with intramuscular vaccines.

However, we don’t know yet whether this would be the same in people. Although some preliminary results do seem encouraging, and a few candidates have progressed to phase 3 trials for efficacy.

Read more:
Could a chewing gum really reduce the spread of COVID-19? Maybe — but here’s what we need to know first


If proven to work well in humans, intranasal COVID vaccines could have a variety of benefits. They can be easier to administer, especially to people with a phobia of needles. They could also provide additional protection against initial infection, and therefore transmission, rather than mainly protecting against severe disease, as has been the case with the current crop of COVID vaccines.

This type of vaccine could be especially useful for people who are most vulnerable to getting very sick with COVID, as well as those who tend to spread infection but have a relatively low risk of death, like children and young people.

But before we get to this point, we’ll need significantly more research to support both safety and efficacy. New clinical trials investigating how well these vaccines prevent infection should be relatively straightforward to run given the significant levels of COVID circulating currently.

2022-05-24
Previous Post: Philippines: the challenges ahead for the new president Marcos
Next Post: Andy Ruiz Jr begs Tyson Fury to come out of retirement for ‘mega-fight’