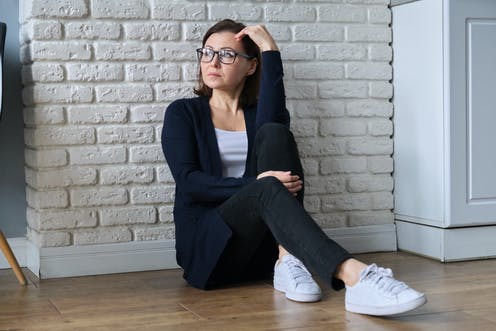 Thousands of women in the UK who use hormone replacement therapy (HRT) to manage menopause symptoms may have trouble accessing these products due to supply shortages. Oestrogel, in particular, is facing the biggest supply shortages as a result of a spike in demand. Many women worry how they will access treatments – and what impact this could have on their lives if they aren’t able to get prescriptions filled. Health Secretary Sajid Javid has been holding crisis talks with manufacturers and pharmacists to come up with a way to boost supply.

Pharmacy staff were already reporting shortages of 30 brands of HRT medicines back in May 2020 – though problems accessing these products have existed since 2018. The reasons for shortages at this time were an unexpected increase in demand and issues related to product manufacturing, particularly the patch adhesives used to apply some HRT products. Prescriptions for HRT have more than doubled in England since 2017 – with nearly 538,000 prescriptions for HRT in 2021 compared with 238,000 in January 2017. Changes in company ownership also caused production delays for some products.

But the sudden oestrogel shortages have made the situation worse, since manufacturers haven’t been able to replenish supply as quickly as the product is being prescribed. While there are over 70 different types of HRT products available in the UK, Oestrogel is popular because it’s easy to use, safe and works well at managing menopausal symptoms. While manufacturers plan to increase production capabilities to keep up with demand, current shortages mean that women are only able to fill their prescription for three months at a time – if they’re able to get one at all.

The impact that this documentary had on increasing awareness of HRT has even been called the “Davina effect” – she increased awareness of the demand for HRT, which led to more women seeking support and treatment. A follow-up documentary from McCall, which aired a few days ago, is likely to put even more pressure on supplies.

One million women in the UK take HRT. HRT products are an essential medication many women use to manage menopause-related symptoms, such as hot flushes, night sweats, brain fog, low mood or anxiety and difficulty sleeping. Not being able to access HRT could have a serious effect on many women’s day-to-day lives, mental health and even their relationships.

The UK government’s three-month supply restrictions for treatments only apply to Oestrogel, ovestin cream and premique low dose, which are the three most in-demand products. This course of action (known as serious shortage protocols) was first introduced before Brexit to mitigate supply issues. The protocols currently being applied will expire in July but can be amended or revoked as appropriate.

Despite these protocols, some women are already reporting difficulties getting their prescriptions filled. The worry now for many is whether they’ll be able to afford HRT products if they’re unable to get them under a prescription – especially given some products are currently being sold at four times the NHS prescription cost in response to the national shortage.

Building on the success of the COVID-19 vaccines, the government has also established an HRT taskforce led by Madelaine McTernan (director of UK Government Investments and director general of the Vaccines Taskforce) to address issues in the supply chain. The task presented is not an easy one given the volume and variety of HRT products.

HRT shortages have also seen these products being sold in illegitimate places, such as the black market. Such products may not be quality-assured and in some cases could be fraudulent, causing harm. Women struggling to access HRT products may also engage in dangerous non-prescribed product swapping, which involves taking HRT products they haven’t been prescribed to manage symptoms. This could lead to serious side-effects.

HRT products are not only essential for helping many menopausal women manage symptoms, but also for treating conditions which affect young women – such as ovarian insufficiency, where their periods do not start. It’s imperative these products are readily available for women who need them.

All signs indicate that women are proactively taking action to access menopause support, and HRT products are an integral part of this. The priority now should be on creating more sustainable HRT supply routes to mitigate shortages in the future. This will involve the government identifying supply constraints early and finding new manufacturing sources to keep up supply. This will ensure that supply can meet the increasing demand for HRT products.

Liz Breen does not work for, consult, own shares in or receive funding from any company or organisation that would benefit from this article, and has disclosed no relevant affiliations beyond their academic appointment.