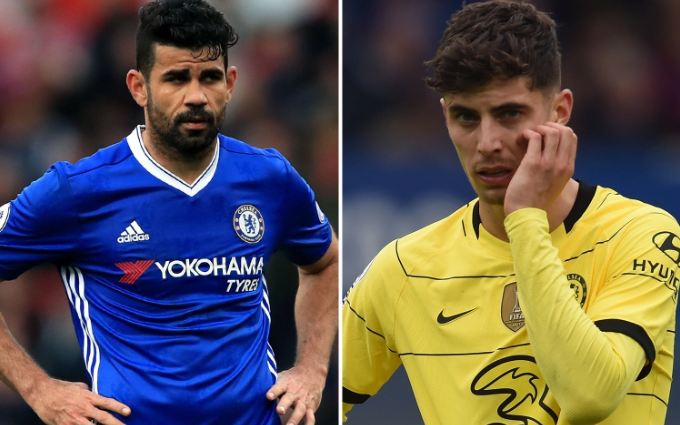 Kai is our new Costa

Chelsea fans reckon Kai Havertz is turning into Diego Costa as he “just wanted a fight” in their fiery clash against Everton.

The London club fell to defeat against the Toffees after Richarlison’s goal and an inspired goalkeeping performance by Jordan Pickford.

Despite the efforts of their attackers, the Chelsea forward line were left frustrated and ended the 90 minutes without finding the net.

Havertz looked to be among the most agitated of the Blues attackers, clashing frequently with opposition players.

The performance earned him comparisons to former Chelsea striker Costa, who gained a reputation for his rough and ready approach to the game.

Another suggested that Havertz was “taking a chapter” out of Costa’s book, with scrapping with defenders a regular feature of the Spaniard’s strategy.

On his ongoing battle with Mina, one fan said: “I think Havertz just wants to fight Mina instead of play football.”