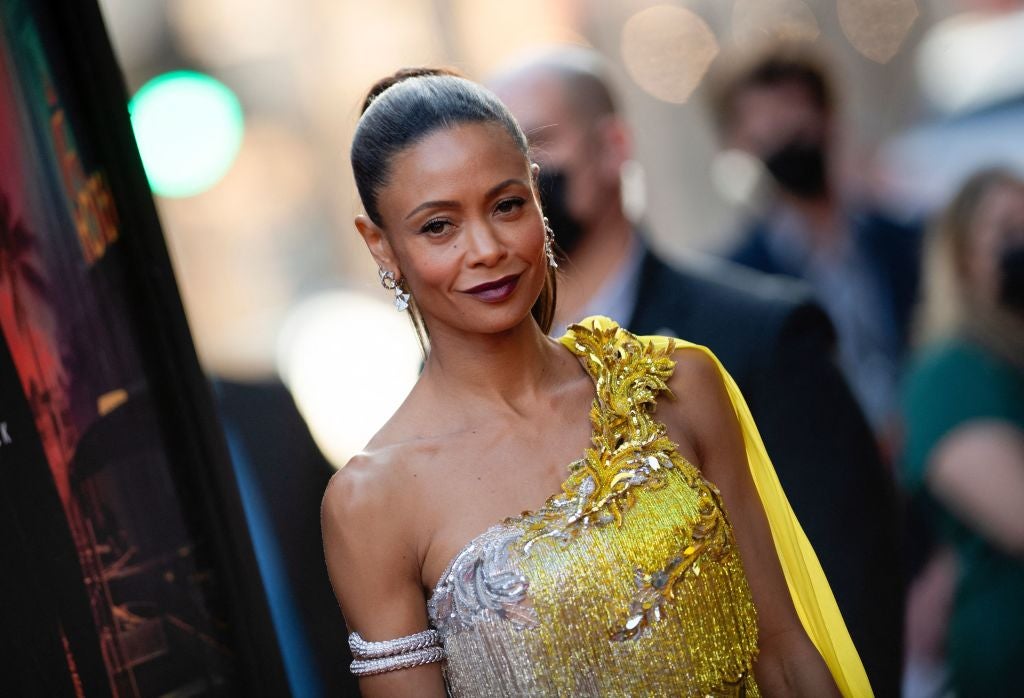 alma Hayek will replace Thandiwe Newton in Magic Mike 3 after an apparent bust up with Channing Tatum has meant Newton has left the film. The 49-year-old British actor was set to play the female lead in the next Magic Mike instalment.

The alleged argument is said to have taken place in London last week, where filming for the new HBO Max film had begun. The row was supposedly about Will Smith’s Oscars slap and was reported to be “unimaginably vicious”.

According to The Sun, a freelance crew member ‘told a pal’ that, “Eleven days into shooting and it’s all over.”

“It was a tense exchange of words, but suddenly it escalated – Channing got into this car and he disappeared. After the row he just went, ‘I am not working with her anymore’. Him being a producer, it’s his movie, so she’s off the movie.” According to The Sun, sources claimed that Newton’s role had become “untenable” because of the argument.

However, the Daily Mail said that Newton has denied the claim that she was sacked from her role over the argument. When approached for comment representatives of the actor said the firing claims were “completely inaccurate”. They said that the statement released by Warner Bros. on Wednesday was correct.

“Thandiwe Newton has made the difficult decision to step away from the production of Warner Bros. Pictures’ Magic Mike’s Last Dance to deal with a family matter,” said the studio.

According to The Sun’s source, director Steven Soderbergh, who is known for the Ocean’s trilogy and Contagion, didn’t take sides.

In February, Channing Tatum indicated the importance of the new female role. He said in an interview with Variety that the new film was, “About a woman stuck at a horrible strip show like a Chippendales and then realising, ‘What the hell am I doing here?’”

Magic Mike’s Last Dance is going to be made exclusively for HBO Max and will conclude the trilogy. The first Magic Mike film was released in 2012 and followed the story of 19-year-old Adam who enters the world of stripping. He is taken under the wing of Magic Mike, who is played by Channing Tatum. Before becoming a model and then an actor, Tatum began his career as a stripper.

The first film was made on a budget of just $7 million and went on to gross $167 million worldwide. The second instalment, Magic Mike XXL was released in 2015 and grossed $117 million. A successful Vegas show called ‘Magic Mike Live’ was then created off the back of the blockbuster films and has toured globally.

Now, Salma Hayek will take over the lead role. 55-year-old Hayek is best known for acting in Frida, Once Upon a Time in Mexico, Puss in Boots and more recently House of Gucci and Eternals. She is married to French billionaire François-Henri Pinault, the 29th richest person in the world.