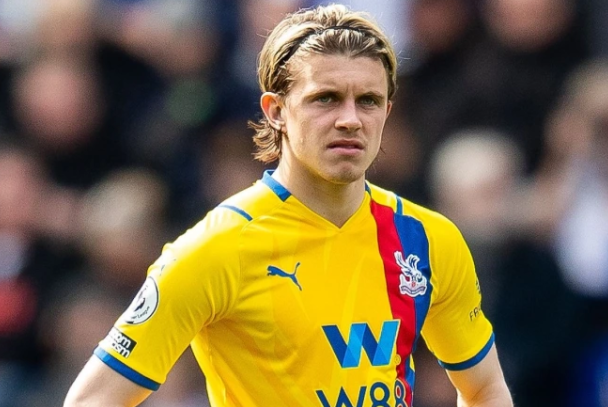 Conor ‘could quit Blues for a European giant’

Chelsea have been warned Conor Gallagher may leave this summer to build on his brilliant loan season with Crystal Palace.

Ex-Blues assistant coach Jody Morris, who worked with Gallagher under former manager Frank Lampard, reckons the England midfielder is good enough for Chelsea but could depart if he’s not going to get regular football.

Morris told Ladbrokes: “Conor Gallagher is certainly up there as far as Young Player of the Season is concerned.

“His performances – not only this season at Crystal Palace, but also at Swansea and West Brom – have been unbelievable.

“He’s been a top-drawer performer for nearly three years, and he’s taken to the Premier League like it’s nothing.

“The energy that he gives, the fact that he’s chipping in with goals, and how at home he looks on an international stage… there’s no reason why Chelsea shouldn’t be looking at bringing him into the starting line-up next season.

“Conor would want to know that the manager believes in him and is willing to give him an opportunity to showcase his talent in the first team.

“And, let me tell you, there would be a lot of takers, and I’m talking about serious takers throughout Europe, who’ll be keeping an eye on his situation. He’s certainly put himself in the shop window.”

2022-04-12
Previous Post: Omicron XE is spreading in the UK – a virologist explains what we know about this hybrid variant
Next Post: Local MP condemns Plymouth Youth Service Cuts