French election: who are the candidates running against Emmanuel Macron? 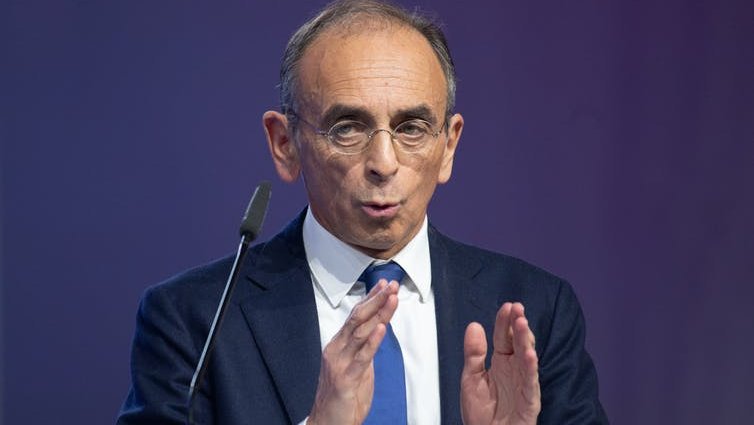 On April 10, 48 million French will be asked to vote in the first round of France’s 2022 presidential election. Of the 12 candidates, only two will qualify for the second-round runoff taking place on April 24. These are the candidates in the running.

Incumbent President Emmanuel Macron is the favourite to win both the first and second rounds of the election to secure a second five-year mandate. He survived the two main crises of his term: the “yellow vests” protests and the pandemic. He has also benefited from the Ukraine war and the “rally-round-the-flag” effect, polling up to 30%.

The 44th president has campaigned on gender equality, European integration and his strong record on employment. Yet, the rising cost of living, a recent scandal involving consulting firm McKinsey and his refusal to engage in TV debates with other candidates will not help his image of an aloof and elitist “president of the rich”.

Despite a marked drop in the latest polls, Macron remains popular with the elderly and the middle classes, two groups who can be relied upon to vote even if a low turnout is expected.

A candidate for the far right since 2012, Marine Le Pen is the favourite to face president Macron in the second round, as she did in 2017. Moving away from the traditional far-right agenda and softening her eurosceptic stance, she has cleverly campaigned on economic issues and the popular theme of the cost of living, getting solid support from the working class.

Her proposals include lowering VAT and ditching income tax for under 30s, as well as a referendum on immigration.

Le Pen’s former image of a harsh and incompetent leader has been replaced by a softer, more composed figure. She has resisted Eric Zemmour’s challenge, even when key members of her party and even her niece (Marion Maréchal Le Pen) deserted her to support him. The key question now is whether this new image will be enough to see off a challenge from the far left to make it to the second round again.

The man worrying Le Pen as she aims for a head-to-head with Macron is currently Jean-Luc Mélenchon. The candidate from the radical left-wing party La France Insoumise is enjoying a surge thanks to a strong, and at times innovative, campaign. Mélenchon has steadily climbed in the polls to become the strongest outsider. Solid oratory skills, consistency and lack of competition on the left have enabled him to position himself as the only credible left-wing option.

The 70-year-old veteran campaigner is running on a post-Keynesian agenda involving increased public spending and is emphasising green policies.

Mélenchon would like to be seen as the voice of the deprived suburbs and ethnic minorities. And as a great debater, he will pose a significant challenge for Macron if makes it as far as the TV debate which traditionally takes place after the first round.

However, Mélenchon’s weak points – including his ambiguous position on what to do about Vladimir Putin and the war in Ukraine and his radical economic agenda – have the potential to alienate moderate voters.

Controversial far-right journalist Éric Zemmour was the sensation of the beginning of the campaign. Presenting himself as the French Donald Trump, he surprised everyone by polling up to 18% and had looked set to qualify for the second round.

Zemmour has attracted impressive crowds to his rallies and he has even managed to create a successful new political party. But Zemmour’s project has rapidly unravelled thanks to confusion and controversy surrounding his position on issues such as immigration, gender and the Ukraine war. Still, Zemmour and his supporters claim he remains the one to watch on April 8.

Valérie Pécresse, the conservative candidate from Les Républicains (the party of former president Nicolas Sarkozy) is the big disappointment of this campaign. After unexpectedly winning the vote to become the candidate of Les Républicains, she looked at one point able to qualify for the second round.

Yet due to a lacklustre campaign, the absence of support from Sarkozy and one particularly catastrophic public meeting, she has continuously slipped in the polls. It’s now unlikely that Pécresse will take more than 10% of the vote, leaving her clearly behind the other main contenders.

Alongside the candidates who stand some chance are a crowd of others who do not. Yannick Jadot, the Green candidate, is too far from the main candidates to hope for a second round place. Green parties do well in France’s local elections but traditionally struggle in presidential votes and 2022 will be no exception, despite the global environmental challenges.

Another six candidates are currently under 5% in the polls. Fabien Roussel, the communist candidate, has run a cheerful and positive campaign, in particular by defending the French gastronomic heritage. He is estimated to achieve between 3% and 5% of the vote.

Nicolas Dupont-Aignan, the eurosceptic right-wing candidate, will try to capitalise on his very vocal opposition to the government’s COVID policies. Jean Lassalle, the iconoclast MP for the Pyrenees, who ran in 2017, claims to be the voice of “authentic France” and the countryside. He will be happy to get 3% of the vote.

Socialist Anne Hidalgo is the car-crash candidate in this election. She epitomises the decline of the former ruling Socialist Party, and her record as technocratic mayor of Paris – where she is blamed for rising crime, dirtiness and traffic jams – has not helped her. Finally, the far left will be represented by two candidates: Philippe Poutou and Nathalie Arthaud. Both are estimated to win just 1% of the vote.

This campaign has caused frustration, not least because of the lack of proper debates. And a low turnout has long been expected. But this remains an important contest which shows how much the French political landscape is changing and fragmenting, resulting in the demise of the two big traditional parties. Radical forces are thriving on both left and right, while the centre is now key. Many of the personalities that have been the driving forces of these changes, including Macron, Mélenchon and Le Pen, may not run again next time. And while Macron’s victory had looked inevitable, surprises are still possible.

Laurent Binet does not work for, consult, own shares in or receive funding from any company or organisation that would benefit from this article, and has disclosed no relevant affiliations beyond their academic appointment.

2022-04-08
Previous Post: An ‘Explosion’ of Anti-Ukraine Disinformation Is Hitting Moldova
Next Post: Emmanuel Macron: why France’s economy may secure his re-election