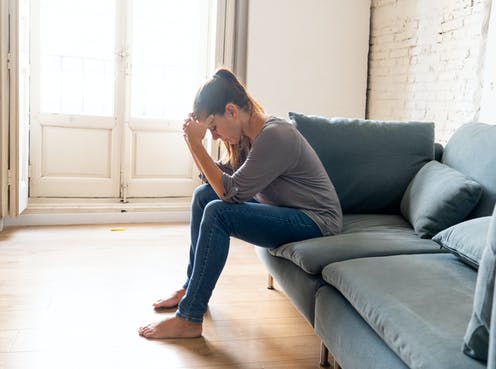 One person dies by suicide every 40 seconds. Some of those most at risk include people experiencing mental health difficulties (such as depression) and vulnerable groups who experience discrimination (such as LGBTQ+ people).

This risk of death by suicide is even greater among autistic people without intellectual disabilities. The greatest risk is among autistic women, who are 13 times more likely to die by suicide than women who are not autistic.

It’s not entirely clear why autistic people are at increased risk of having suicidal thoughts and behaviour, though it’s likely a number of factors are at play.

For example, negative childhood experiences – such as bullying – have been associated with suicidal thoughts and behaviour in autistic youth. In autistic adults, loneliness, social and communication difficulties, feeling like a burden to others and a lack of support have also been linked.

Camouflaging autistic behaviour – such as adjusting your behaviour to fit into certain social situations (such as forcing eye contact) – has also been linked to increased risk of suicide. Having a mental health condition, such as depression, is also linked with an increased likelihood of experiencing suicidal thoughts and behaviour.

While some of these risk factors may be increased by certain autistic tendencies (such as a tendency to hyper focus on particular thoughts or behaviour), it’s likely there are many broader social, political and cultural factors at play – such as autistic people feeling excluded from society, or not feeling they belong.

Having access to mental health services is one important way of preventing suicide. But many autistic people struggle to get support if they’re experiencing suicidal thoughts.

Another factor is that healthcare staff often lack training on how to support autistic people who may be experiencing suicidal thoughts. There is also no consensus within the medical community on how best to help autistic people in this way.

These problems for healthcare professionals is partly because the severity, type and intensity of suicidal thoughts may present differently in autistic people. Communication difficulties in some autistic people may also make it hard for them to express how they are feeling. And unless they’re asked outright by a healthcare professional if they’re experiencing suicidal thoughts, this behaviour may be missed by current clinical tools, such as screening questionnaires.

Our research has even been able to show just how big this lack of knowledge really is. Our study, which was conducted in Canada, found that half of autistic people with suicidal thoughts or behaviour who attended a psychiatric hospital emergency room were missed during initial health screenings. This is staggering, especially considering how important this initial screening is to ensure timely mental health support for those at serious risks.

If you suspect someone close to you may be struggling with suicidal thoughts, it’s important to reach out to them, asking them how they’re feeling and giving them the time and space to articulate what they’re feeling, seeing or thinking. Remaining nonjudgmental, without criticising or blaming them also is key. Merely asking if they are having thoughts of ending their life is a key suicide prevention tool.

If you’re struggling with suicidal thoughts, the following services can provide you with support:

In other countries – visit IASP or Suicide.org to find a helpline in your country.

Patrick Jachyra has been supported by the Canadian Institutes of Health Research Fellowship Program and the Centre for Addiction and Mental Health Discovery Fund Talent Competition Post-Doctoral Fellowship.

2022-04-02
Previous Post: Elite performance horses: why they’re supreme athletes – and how to train them ethically
Next Post: SAS Rogue Heroes: trailer released for the BBC drama about the elite force’s origins