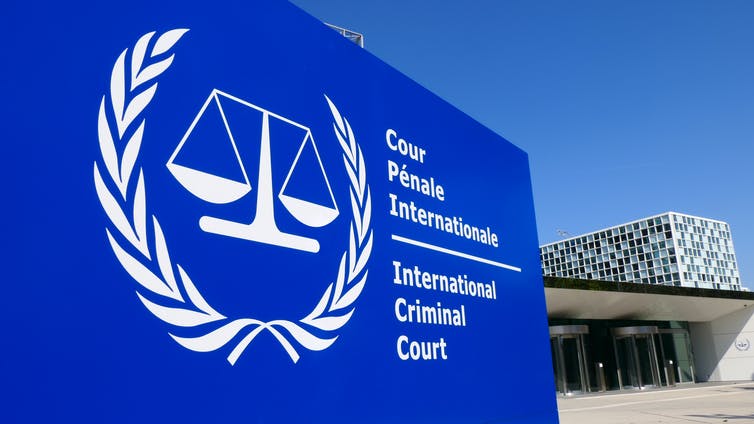 The International Criminal Court (ICC) has announced an investigation into alleged war crimes being committed in Ukraine. What exactly does that mean and what will be involved?

The investigation was requested by the Lithuanian government, with Justice Minister Evelina Dobrovolska stating: “War crimes and crimes against humanity committed by Russian and Belarusian leadership cannot be left unpunished.” The ICC prosecutor Karim Khan has cited the recent expansion of the conflict, along with the findings of an earlier preliminary investigation into the Russian occupation of Crimea, as reasons to begin investigating now.

Khan’s office has jurisdiction to investigate any acts of genocide, war crimes or crimes against humanity committed in Ukraine since February 20, 2014.
During the investigation stage, the prosecutor will gather the evidence necessary to identify what crimes may have been committed and who allegedly committed them. The investigation will culminate in either the issuance of arrest warrants against individuals suspected of committing crimes, or a decision not to prosecute due to lack of evidence.

The prosecutor’s office will gather and examine evidence, and question potential suspects, witnesses and victims. Khan can also send investigators to locations where crimes may have occurred and ask for assistance from countries and international organisations.

What crimes are on the table?

The crime of genocide occurs when certain acts are committed with the purpose of destroying, in whole or in part, a national, ethnic, racial or religious group.

War crimes are crimes that take place in the context of an armed conflict. They can include intentionally directing attacks against civilians, their property, the towns and villages in which they live and against culturally or religiously significant buildings.

There has been some indication that all of these things have happened in the wake of the Russian invasion.

Crimes against humanity are directed against civilians and include murder, enslavement, rape, deportation and torture. To qualify as crimes against humanity, these acts must be committed in the context of a widespread and systematic attack against the civilian population. However, the attack need not be connected to a larger armed conflict.

One crime the prosecutor will not be investigating is the crime of aggression, which involves the planning, preparation and carrying out of an act of aggression. This can include invading or bombing another country, attacking its military or blockading its ships.

Although Russia’s invasion of Ukraine may qualify as an act of aggression, the ICC cannot hold Russia responsible for those acts. Jurisdiction over the crime of aggression is reserved for attacks committed by or against countries that are members of the ICC. As both Russia and Ukraine are non-members, any allegations about acts of aggression are inadmissible.

Who are the targets?

It is too early to speculate about who the investigation may identify as a suspect or what acts might constitute a crime. There is no restriction on who can be prosecuted at the ICC as heads of state and senior political figures are not immune from prosecution. That means that Russian president Vladimir Putin and other senior political and military figures could be considered suspects.

When deciding what crimes to focus on, the prosecutor will consider the number of victims, the nature and extent of the harm inflicted and the intensity or duration of the relevant activity.

It is important to note that the investigation will not only be limited to crimes allegedly committed by Russian nationals. Any crimes committed, even by Ukrainians, can also be investigated. This is in line with the ICC’s stated purpose of ending impunity and holding anyone accountable for committing atrocity crimes.

This investigation could have any number of impacts on the war in Ukraine.
One of Khan’s stated purposes is that it will allow his office to begin preserving and gathering evidence now rather than after the conflict is over. Gathering evidence contemporaneously with events should help improve the chances of success for any future prosecutions.

It may also create some sort of deterrent effect and prevent the commission of atrocity crimes. The hope is that the court’s scrutiny of events will convince people not to commit certain acts for fear of being prosecuted for them. Whether opening an investigation can accomplish this by itself remains doubtful.

What all this does not mean is that criminal charges will be brought against Putin or his deputies anytime soon. Criminal investigations of this magnitude and complexity take a long time to investigate. This is made more difficult in an active war zone where access to evidence, witnesses and victims can be extremely limited.

While the opening of an investigation represents a solid step towards some sort of accountability for crimes that may be committed during the war in Ukraine, the resolution of the situation remains somewhere in the distant future.

Caleb Wheeler does not work for, consult, own shares in or receive funding from any company or organisation that would benefit from this article, and has disclosed no relevant affiliations beyond their academic appointment.