The World of Stonehenge at the British Museum review: wonder of wonders 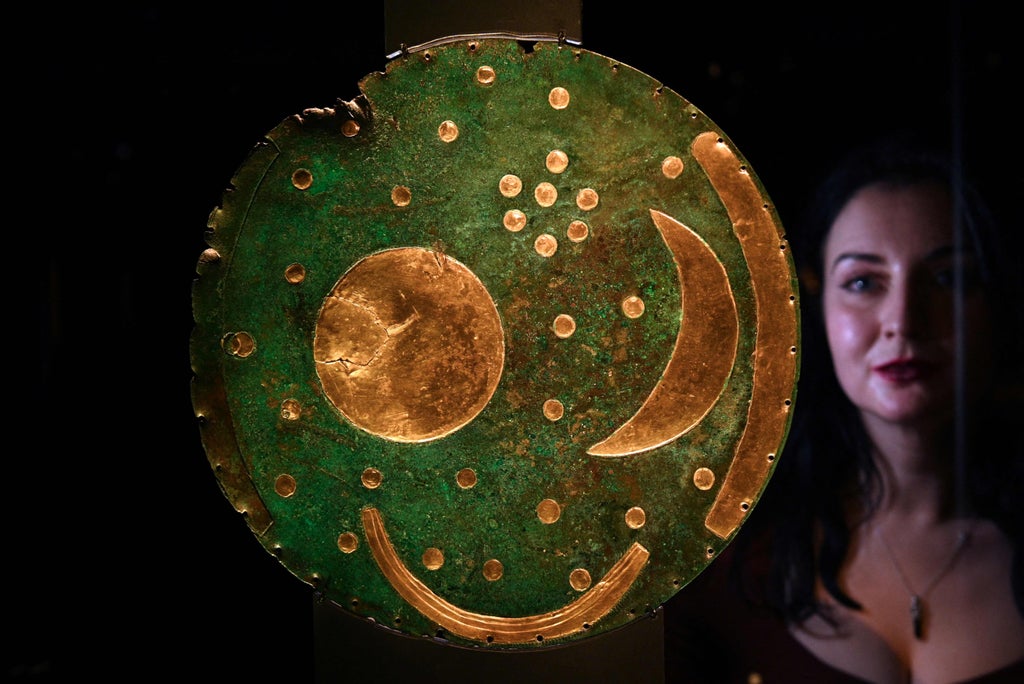 tonehenge is perhaps the most famous monument in England, built, we now know, around 4,500 BC. That was about the same time as the Great Pyramid at Giza. All right, it’s not quite in that league, but it remains a huge, haunting edifice. How did those massive upright stones get their horizontal lintels? Geoffrey of Monmouth thought Merlin transported them, and his guess is probably as good as ours.

Stonehenge keeps its mysteries, but there is a good deal that modern scholarship can tell us about it, and about the world in which it was made – a surprisingly connected world. Back then you could walk across what we now call Dogger to and from the Continent, enabling the passage of men, beliefs, wild animals, stone, artefacts and skills. It’s this world that the British Museum’s new exhibition The World of Stonehenge explores. Sadly it can’t transport the monument into the Great Court – though there are evocative reproductions – but it does bring us artefacts and remains from our remote ancestors from across Europe to help us grasp something of their beliefs and practices.

That world is so remote, we forget that it wasn’t a bloc of prehistory, but changed over time. And this exhibition conveys change over the millennia… the advent of farming, the beginning of metalworking (and, with gold, conflict) and the creation of items of worship for individuals, marking a change from communal worship.

If you want scary, there are the horned helmets made from deer skulls with antlers. One is part of a grave hoard of a woman who may have been a priestess or shaman, and – who, as analysis of her skeleton shows, had a neurological disorder which may have given her fits, which could have seemed like possession.  Or the offerings from mines of antler horn tools, one with human fingerprints visible on the clay on the outside.

Overriding it all is the sun, the principle around which Stonehenge is ordered. The exhibition begins with a little circle of amber backlit to glow red. And the sun appears on much that follows, from the ubiquitous concentric circles on stone plaques and gold gorgets (articles of clothing that covered the throat), to the decoration on drinking cups.

The most striking piece here is the Nebra Sky disc from Northern Germany, from 1,600 BC, in gold and bronze (now turned to blue), showing the constellation of the Pleiades and the summer and winter solstice points. But they are run close by the strange, enormously tall, pointed gold hats with a narrow brim from the same period: think witches. Were they actually worn, or were they symbolic? Who knows? Other coiled gold ware is extraordinarily beautiful in a modern aesthetic.

And although we can’t have Stonehenge, we do get an actual wood henge from Seahenge in Norfolk which is extraordinarily strange, for at the centre is a now skeletal tree, planted upside down. Is this Yggdrasil, the sacred Norse world tree? Or something unaccountably different?

Grave hoards suggest that Stonehenge drew craftsmen and pilgrims from across Europe. There’s the hoard of the Amesbury Archer here, who may have been one of the first bronze workers in Britain and who came from the Western Alps, c. 2500 BC. Other exhibits close the gap between the remote then and now. There are little wooden dolls here, and a child’s ball, from 1950 BC.

Proof that human interaction was violent, especially from the age of metal, can be seen in the skulls which demonstrate a violent death.  But two sets of remains are curiously moving – one of a woman with a hand coquettishly under her chin, the other holding what may have been a handbag; if ever human remains could say femme fatale, this is it.