Electroconvulsive therapy: calls to have it suspended ignore the evidence 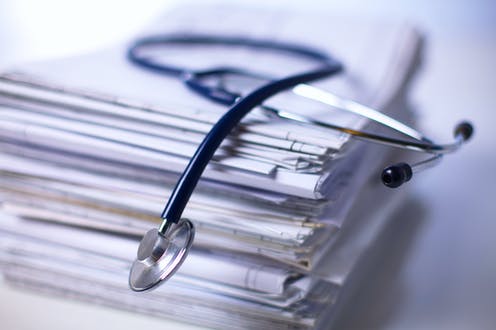 Around 2,500 people in England receive electroconvulsive therapy (ECT) every year. This is a last resort treatment, used to help alleviate severe depression in people who have failed to respond to other treatments. ECT is administered by passing a small electrical current around the head of an anaesthetised person to induce a seizure.

Many misunderstandings persist about ECT’s effectiveness and safety. Part of this is due to negative portrayals of the therapy in movies and TV. But scientists themselves have long been divided over its use, largely because of the selective portrayal of evidence presented in studies.

In 2020, a group of UK-based mental health professionals, patients and relatives wrote to the Care Quality Commission (the independent regulator of health and social care in England) calling to immediately suspend ECT. In their letter, they said ECT comes with a high risk of permanent memory loss and may cause death. They also wrote that research had failed to determine whether or not ECT actually works in treating depression. The basis of their argument against ECT came primarily from two reviews – the most recent of which was published in 2020.

It’s understandable that people may be concerned about the safety and efficacy of this treatment. But our latest paper has shown that these arguments to suspend ECT are based on selective and poor-quality assessments of the evidence. We also show that when we take a close look at the research, ECT remains an effective treatment for people with severe depression.

Our paper sought to analyse the published studies, including those cited in the two reviews that were referred to in the letter calling for ECT to be suspended.

We show that both of these reviews (a type of study which combines and summarises all of the data on a particular topic) failed to follow standards of practice when making their analyses. They also failed to engage with open science procedures, such as publishing a protocol outlining the plan for the review in advance. This means that both reviews would be considered of low quality in the academic community – and shouldn’t be relied on as accurate and comprehensive summaries of the available evidence.

These reviews argue ECT isn’t effective by only counting the number of trials that have published significant findings. This misleading approach gives equal weight to a study’s results – regardless of the number of people included in the study, the study’s primary aims or the quality or strength of the findings. The authors of the 2020 review even used a scale they developed on their own to rate the quality of each ECT trial. This makes it likely their own biases may have influenced the findings of their review.

To ensure our own analysis was accurate, we used a widely accepted method to assess the quality of scientific trials called the Cochrane risk of bias tool. This tool looks at whether a trial might be prone to specific biases that might work to show a favourable result – such as only reporting positive outcomes in ECT trials. Using this tool, our analysis revealed that these studies have no specific bias that favours ECT.

Our review analysed the publicly available data in ECT studies to show it is effective at producing rapid and large reductions in depression symptoms. Indeed, our review showed that ECT is among the most effective treatments currently used for severe depression.

Another argument against electroconvulsive therapy concerns the negative side effects it may have on memory. But again, our research revealed that any studies that have found negative effects on memory were of poor quality. Some studies even used a survey to ask participants about subjective memory complaints, and didn’t have a group who hadn’t received ECT to compare the results against. Some of the reviews we looked at even ignored most evidence on memory functioning, only mentioning just one of 75 published studies on the subject.

Research that looked at 84 studies on ECT even shows that memory problems that happen after a course of ECT are only temporary, and improve after 15 days. Many brain functions, such as problem solving, also improved after ECT. However, ECT’s effect on autobiographical memory (personal memories) is not well studied.

Calls to suspend or even ban electroconvulsive therapy outright – especially those based on the biased evidence presented by two reviews – may be ignoring the fact good evidence shows ECT is an effective treatment for people who have severe, treatment-resistant depression. But it will still be important for future trials to better understand any potential side-effects – and how these can be minimised.

Sameer Jauhar receives funding from the National Institute for Health Research Biomedical Research Centre at South London and Maudsley National Health Service Foundation Trust and King’s College London. SJ has also been funded by a JMAS (John, Margaret, Alfred, and Stewart) Sim Fellowship from the Royal College of Physicians, Edinburgh.
SJ has received honoraria for educational talks given on antipsychotics by Janssen, Lundbeck and Sunovian.

Keith Laws does not work for, consult, own shares in or receive funding from any company or organisation that would benefit from this article, and has disclosed no relevant affiliations beyond their academic appointment.

2022-02-10
Previous Post: Why age verification is another flawed attempt to regulate online pornography in the UK
Next Post: If Russia invades Ukraine, what could happen to natural gas supplies to Europe? Podcast