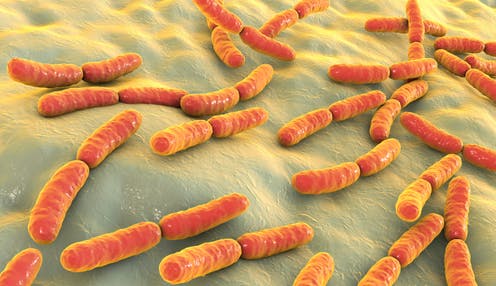 The number of people who have died with or from COVID has varied greatly around the world. Peru, the world’s worst affected country, has had 6,067 COVID deaths for every million inhabitants and 88,345 recorded cases per million people. Roughly one in every 15 people who has caught COVID in Peru has died.

At the other end of the spectrum there’s New Zealand. It’s had only 10 deaths and 3,136 cases for every million people, meaning only one in every 313 COVID cases in New Zealand ended with the person dying.

In between there are countries that have had a relatively high number of infections but which have still managed to keep their death numbers low – countries like Japan. It’s had 17,612 infections per million people yet only 146 deaths per million. This is despite almost one in three people in Japan being over the age of 65 and so at greater risk of severe COVID (the average age of people dying from COVID is over 80). What has kept the death rate there down?

A recent Japenese study has proposed an answer. It reports that the risk of people dying of COVID in Japan is related to the microbes present in their guts.
This isn’t the first study to indicate there’s a link between gut microbes and how severe a form of COVID people get. A link between gut bacteria and COVID has already reported in research from Hong Kong and China.

But is it plausible that this is making a specific difference in Japan? Are people’s gut microbes in Japan really so different to those in other countries? Actually, yes, they are. Although our diets and our genes are very important in determining which gut bacteria we carry, our geographic location is one of the other major factors that influences which microbes we’re home to.

And it’s possible that gut bacteria may have a big effect on COVID outcomes.
Severe COVID has been shown to be more common among people who have more of certain types of bacteria that are involved in breaking down and fermenting sugars. These microbes and their functions are also seen in people with high levels of inflammation and low levels of immune cells.

This isn’t surprising. Gut microbes are very important in regulating our immune response. Specifically, they’re crucial in making sure that the T cells that regulate the immune system (T regulatory cells) are properly activated.

The importance of bile

So how is this Japanese study unique? For one thing, its authors say it is the abundance of a specific type of bacteria called Collinsella that coincides with protection from severe COVID. This is unusual because in people from the US and the UK, Collinsella is actually linked to eating a diet low in vegetables and to higher levels of inflammation.

But the Japanese investigators also found something else. People better protected from severe COVID seemed to have high levels of a substance called ursodeoxycholate in their bodies as well. It’s what’s known as a secondary bile acid.

Primary bile acids are produced by our livers and are used by the body to break down fats. They are also transformed by bacteria in the gut to produce secondary bile acids, such as ursodeoxycholate. In some Japanese people, it appears that their abundance of Collinsella bacteria is charging this process, producing more ursodeoxycholate than is typical.

What appears to make having more ursodeoxycholate helpful is that it blocks the coronavirus from binding to cells, which is what the virus needs to do to infect them, reproduce and cause disease.

Not only that, but ursodeoxycholate has also been shown in lab experiments to reduce inflammation in rats with a spinal injury and to help them recover faster. This could also help reduce the severity of COVID, as in bad cases the disease can be made worse by the immune system overreacting to the virus and damaging the body’s own tissues. By lowering the inflammatory response to COVID, ursodeoxycholate could have a secondary protective effect.

Gut bacteria play an important contributory role in producing this secondary bile acid, but levels of ursodeoxycholate aren’t wholly dependant on the gut microbes present. People’s levels will also depend on the levels of bile acids produced by the liver and possibly also on their diets.

The good news is that ursodeoxycholate is safe and available to be taken as a drug – it’s used to treat some liver diseases. What this Japanese study implies is that we could potentially use ursodeoxycholate as a drug to reduce the severity of COVID. Obviously, clinical studies are required to demonstrate if taking it would actually improve the outcomes of people infected with COVID. But this is an exciting new possibility.

2022-02-01
Previous Post: Why monkeys attack sick members of their troop – and don’t socially distance at all
Next Post: It’s no surprise liberal democracy is giving way to authoritarianism