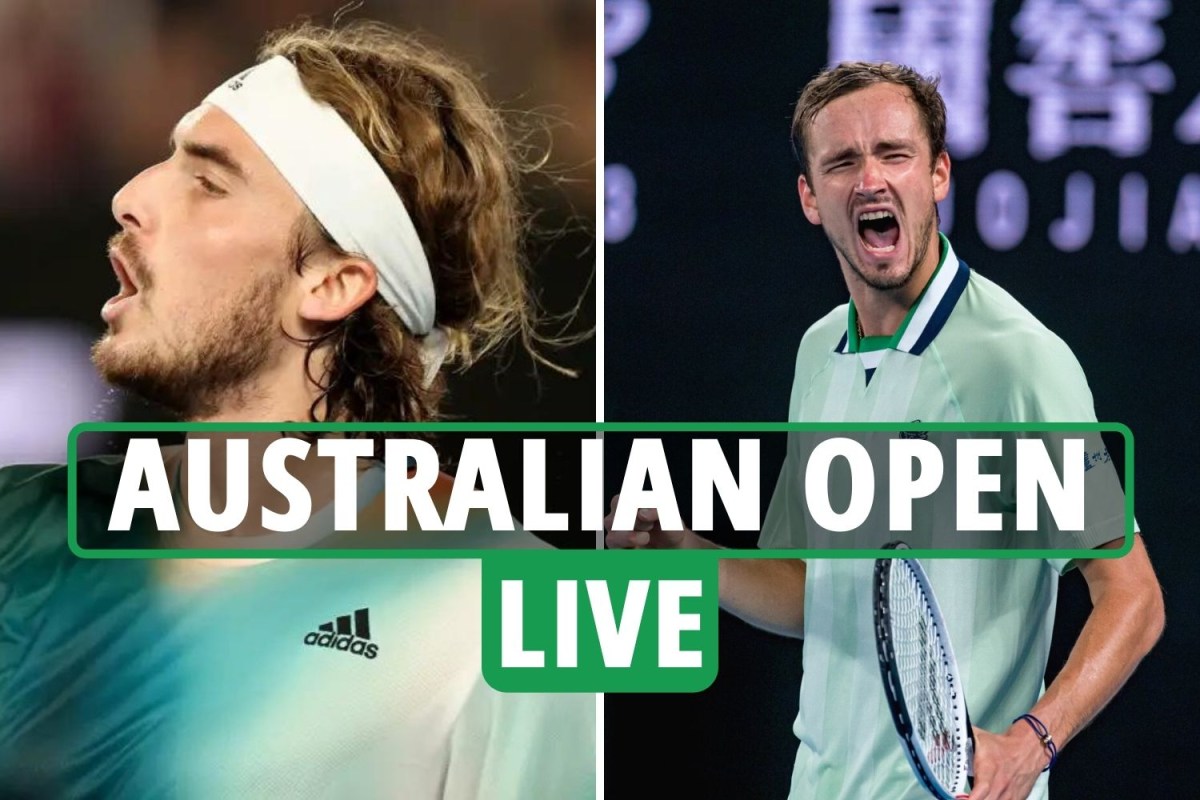 There’s no love lost between Medvedev and Tsitsipas but the Russian was full of praise for the Greek ace after dumping him out of the Open.

Medvedev said: “Every match against Stefanos is kind of special … it’s great, it was a really tight match, with some emotional moments on both sides … I’m just super happy to manage to win it because I feel like it was very close.

“It was a rollercoaster … Stefanos is an offensive player … as soon as he has a forehand he tries to take control of the point, so we all know it, and I was a little bit tired today … I don’t know if it was the pace of his forehand was too fast and if I was late on the ball, or if my legs were not fast enough, but I’m happy that at the end of the set I managed to ‘turn this light’ a little bit on and it was enough to be

“On some shot maybe where he would not even expect it, because before I was not … I managed to put some spark on it … I didn’t really try to change my position.

“I think I just tried to hit stronger when I had the ball on my racket, to not give him these easy balls to dictate the points.”

2022-01-28
Previous Post: Sanctions: a brief history from Ancient Greece to Vladimir Putin’s Russia
Next Post: Intel can’t even grow profits during a global chip shortage – where did it all go wrong?