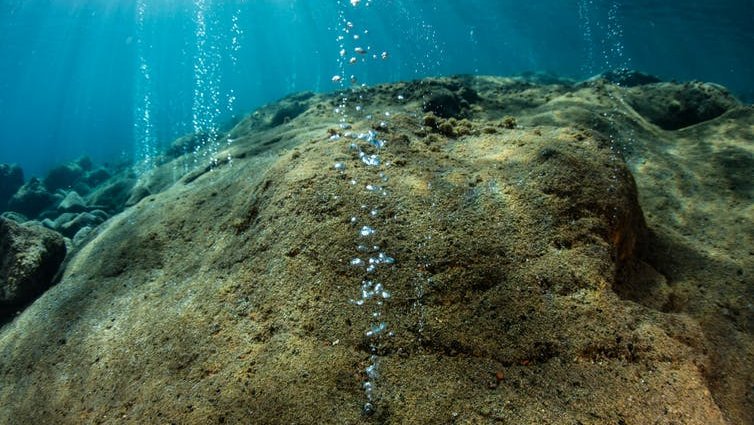 The scale of a recent volcano eruption took the people of Tonga by surprise. Scientists monitoring the submarine volcano, Hunga Tonga-Hunga Ha’apai, were likewise caught off-guard, failing to foresee an explosion which would unleash a Pacific-wide tsunami.

The scale of the eruption was hailed as a “once in a millenium” event by one scientist. It hurled gasses and ash over 39km into the atmosphere – comparable to that ejected from Mount Pinatubo in 1991 – and generated a shock wave that was heard in New Zealand and detected as far away as Switzerland.

Scientists estimate that the blast may have been the loudest terrestrial event since the eruption of Krakatoa in 1883, while an organisation which monitors nuclear tests went so far as to declare it “the biggest thing we have ever seen”.

The volcano had been active a few times in recent years, with moderate eruptions that only amounted to local disturbance. The lack of warning for an event this large left many wondering if there might be other volcanoes beneath the ocean similarly primed to blow.

To study volcanoes and interpret whether they’re likely to erupt, scientists mount them with different kinds of measuring equipment. Seismometers help them detect small tremors caused by magma moving under the ground, while gas samplers and thermal cameras can be used to track changes in gas concentrations and temperature as magma ascends from the depths.

It’s rarely acknowledged, however, that most volcanic activity on Earth occurs beneath the sea. Submarine volcanoes are pretty much ubiquitous in all of the world’s major oceans and it’s estimated that 75% of the Earth’s magma output comes from mid-ocean ridges.

To make things trickier, many known submarine volcanoes are found far from land, and being underwater prevents scientists from observing any changes by conventional means. So how do we monitor them?

Scientists have managed to install equipment that detects tell-tale tremors on the sea bed before. This research has helped reveal the seismic precursors of a submarine eruption – the signs that one is imminent – similar to what scientists had already documented in volcanoes on land. Installing this equipment does not come cheap though, and it’s not possible to do it everywhere.

An impending eruption can be detected in subtle temperature increases on the volcanic surface. For submarine volcanoes, these are harder to spot. The heat signatures of submarine volcanoes will only ever be visible at the sea surface if a volcano is in shallow water and already erupting hot lava. At that point, it’s too late to warn anybody.

To really find out what submarine volcanoes are up to, it helps to zoom out. Way out.

Satellite observations allow scientists to regularly view vast areas of the ocean surface, helping them note any changes. On numerous occasions, scientists have spotted floating rafts of pumice which can be traced back to submarine eruptions that might otherwise have gone undetected.

Read more:
Wildfires, volcanoes and climate change: how satellites tell the story of our changing world


But this only allows us to identify eruptions after they have happened – it doesn’t help us stay a step ahead of underwater volcanoes.

Recent scientific advances can, however. In the early 1990s, Japanese scientists investigated a long-noted phenomenon: the strange discolouration of the ocean near submarine volcanoes off the island of Iōjima. They determined that it was caused by precipitates of silicon, iron and aluminium oxides emitted by underwater volcanic activity.

Later work confirmed that a higher proportion of iron precipitates produces a yellow-brown hue, while higher proportions of aluminium or silicon result in a white colour. Scientists revisited these findings during submarine eruptions around another volcanic Japanese island, Nishinoshima. In satellite photographs of Earth’s surface, the ocean was seen to turn varying shades of yellow, brown and green, depending on the ratio of silicon to iron and aluminium.

With this finding, scientists discovered that the colour of the ocean began to change about a month before the submarine volcano erupted. This suggests that ocean colour may be a reliable precursor of underwater volcanic activity. And, given this insight, there is every possibility that in the future, automated systems could analyse satellite images of the ocean in volcanic regions for signs of an impending eruption.

The destruction wrought by the submarine eruption of Hunga Tonga-Hunga Ha’apai appears to be intense. The tsunami that followed obliterated coastal areas of Tonga and even caused deaths thousands of miles away in Peru. Ash coated the island, destroying crops and shutting down transport networks.

Had an early warning been available, perhaps on the scale of weeks as research suggests might be possible one day, it would have let people on Tonga stock up on food and water and evacuate vulnerable regions. This once in a millennium tragedy might at least stimulate further research into monitoring and predicting the ever-present hazard of submarine volcanic eruptions.

Matthew Blackett does not work for, consult, own shares in or receive funding from any company or organisation that would benefit from this article, and has disclosed no relevant affiliations beyond their academic appointment.

2022-01-22
Previous Post: Two years since Covid was first confirmed in U.S., the pandemic is worse than anyone imagined
Next Post: Short-sightedness is on the rise in both children and adults – new study