DAILY coronavirus infections have fallen by 10 per cent in just 24 hours with a further 95,787 cases confirmed.

It comes as the crucial coronavirus R rate has today dropped to 0.8-1.1 across England, in a sign that the country has passed the peak of Omicron infections. 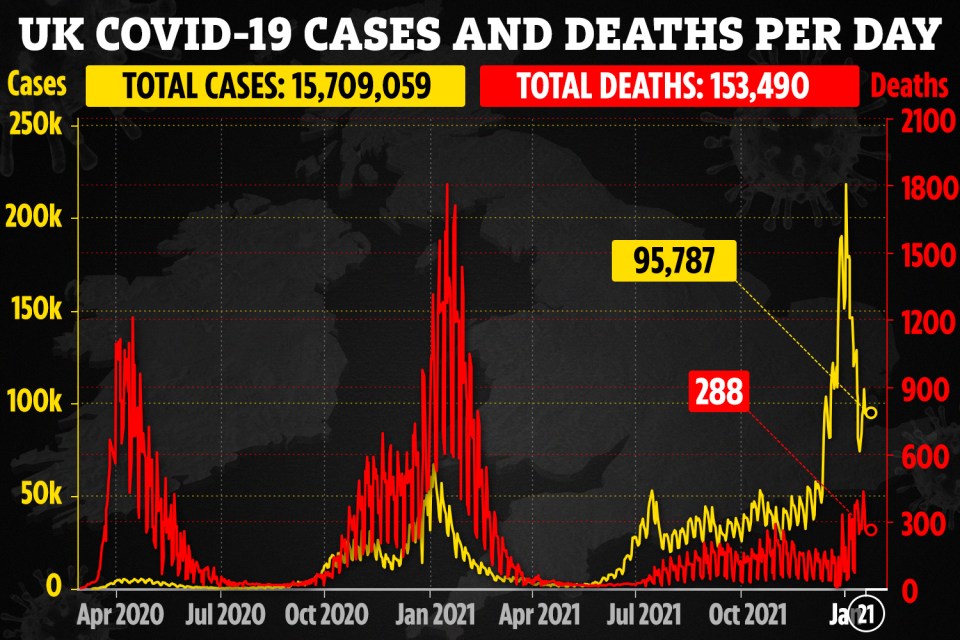 Today a further 288 deaths were reported within 28 days of a positive tests, which is up 0.5 per cent over the last seven days.

Yesterday 10,7364 people tested positive for the bug, with another 330 confirmed deaths.

The growth rate in England is currently -6 per cent to one per cent.

The R rate aligns with current estimations from the Office for National Statistics (ONS) which states that cases have decreased in all areas of England, aside from the North East and the South West where the trends are currently uncertain.

The Omicron variant has been proven to be milder for some people and most who have caught it have reported cold-like symptoms.

Follow our Covid live blog for all the latest updates

A string of hugely positive studies show Omicron is milder than other strains in the vaccinated, with the first official UK report revealing the risk of hospitalisation is 50 to 70 per cent lower than with Delta.

Covid booster jabs protect against Omicron and offer the best chance to get through the pandemic, health officials have repeatedly said.

The Sun’s Jabs Army campaign helped get the vital extra vaccines in Brits’ arms to help restrictions be removed.

Jabs are key in protecting us against variants and it today emerged that there is a new strain ‘under investigation.

It originally emerged in early December, not long after Omicron started spreading around the world.

The sub-lineage is known as BA.2, with most cases of Omicron from the original BA.1 variant.

It has been seen in many countries since December 6 and is nowhere near to outcompeting Omicron.

UKHSA is expected to formally confirm it is now under investigation in this afternoon’s technical briefing.

It is a sub-variant of Omicron with many of the same mutations – but current case rates are very low.

Earlier this week Prime Minister Boris Johnson announced an end to Plan B restrictions, with working from home being scrapped.

Hated vaccine passports will be dumped along with requirement to wear face masks anywhere indoors.

The guidance to work from home was dropped effective immediately – meaning Brits could go back to the office this week.

The remaining rules will expire on January 26, meaning the changes will kick in on Thursday morning.

Scientists have also said that Omicron deaths have peaked and will start to drop within days.

Projections from the SPI-M modelling group, shown to ministers last week, estimated deaths would peak around January 16 before falling again. 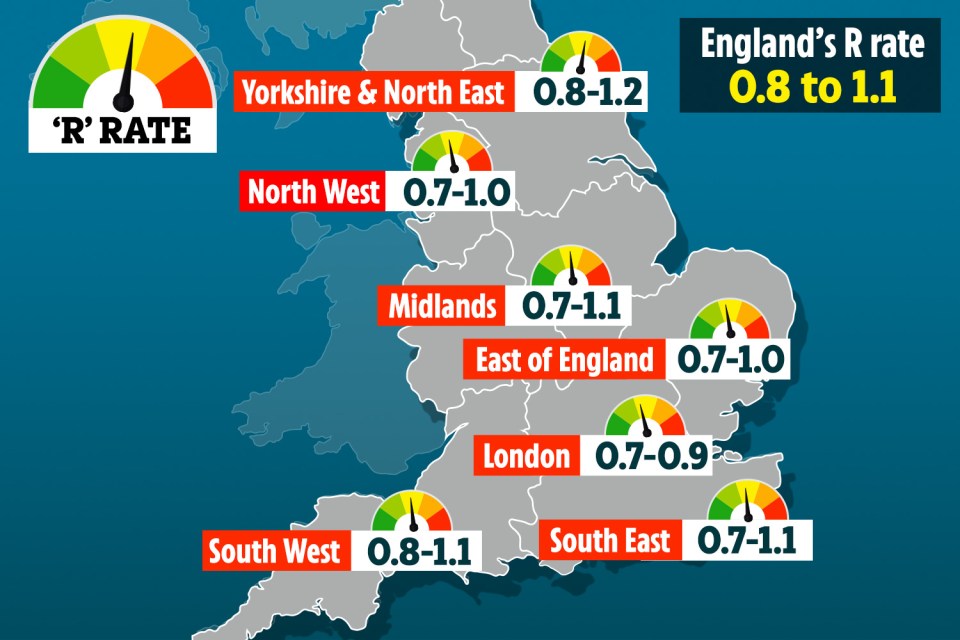 2022-01-21
Previous Post: Some of the super-rich want to pay more tax – but society cannot afford to depend on them
Next Post: COVID misinformation is a health risk – tech companies need to remove harmful content not tweak their algorithms