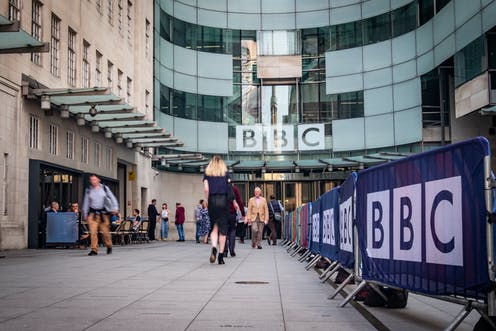 The proposed two-year freeze in the TV licence fee has prompted a lively debate about BBC funding. The move puts huge pressure on the Corporation’s finances, which have taken an estimated 30% real-term cut since 2010. The National Audit Office suggested in its December 2021 report that further budget reductions may lead to more repeats and fewer original high-end programmes.

Conflicting claims about the “end of the licence fee” have also focused concerns on the future viability of the BBC. Many praise its range of services currently provided for what amounts to 43p a day. But others dispute the need for public funding, given the abundance and popularity of commercial streaming services and online media.

Added to this is the issue of the licence fee model itself. The debate, announced by the UK culture secretary, Nadine Dorries, in parliament this week, now centres on whether this is an essential tool for funding a universal public good or a regressive and anachronistic tax.

These discussions highlight the significance of the BBC in the UK’s unique model of public service broadcasting, which includes Channel 4, ITV, Channel 5 and the Welsh language broadcaster S4C. This is defined by Ofcom as catering to “people’s needs as citizens and their interests as individuals”.

Yet in a modern media landscape experiencing a widening generation gap in news audiences, a declining TV advertising market, rising production costs and rampant global competition from Netflix and Amazon, deeper questions are emerging about the purpose and value of public service broadcasting.

Are the traditional ideals of public service broadcasting still relevant in the “multi-screen” era? How should its value be assessed to ensure maximum possible benefit to the public?

This is central to our recently published research by Cardiff University and the Creative Industries Policy and Evidence Centre. Through analysing regulatory documents and related industry studies from the last two decades, we have developed a typology of six different types of value: social, cultural, economic, industrial, representational and civic. They reflect the various principles and obligations of public service broadcasting, as well as emerging risks and opportunities, that shape the UK’s current model.

The cultural value of high-quality, original UK content in news, arts and music, education, religious and children’s programming – featuring the lives and experiences of British audiences – distinguishes these public service broadcasters from the wider marketplace.

In 2020 they produced 29,800 hours of “UK-originated” content, compared to just 571 hours on streaming on-demand services such as Netflix. Arts, education and children’s programming provided by the broadcasters throughout the pandemic further highlights the cultural value of investment in genres not usually provided by the market. Further funding cuts will jeopardise this and make it increasingly difficult to provide high-quality specialist programming.

As the response to the latest licence fee announcement has demonstrated, discussions on the economic value of public service broadcasting typically focus on consumer “value for money”. Recent YouGov polling suggests increasing ambivalence about continuing to support public investment in broadcasting.

Yet in recent years public service broadcasters have increasingly sought to emphasise the positive economic value created by employment and investment in the creative industries. A KPMG study for the BBC, for example, estimates that every £1 of BBC spending generated a further £1.63 of economic activity.

There is also considerable “industrial value” generated by public service broadcasters through investment in infrastructure, skills and technological innovation that help to grow the media sector. Commissioning quotas and favourable “terms of trade” for independent production companies have been a big part of the global success of the UK’s media sector, while public service broadcasting’s regional activities have helped establish new regional centres of investment in the creative industries around the UK.

The representational value of public service broadcasting comes from ensuring that all voices, identities and lifestyles that make up life in modern Britain are reflected in the national conversation. This is epitomised in Channel 4’s mission to reflect “the tastes and interests of a culturally diverse society” – similar to services such as S4C, BBC’s Asian Network and ITV’s regional news networks.

But only half of UK audiences feel that public service broadcasters accurately portray their own nation or region. And, despite important new initiatives in recent years, the broadcasters have yet to tackle long-standing inequalities across ethnicity, gender, class and sexual orientation in the screen industries.

Taken together, these six values recognise the public’s distinct interests and needs as viewers and listeners, citizens, “investors” and consumers. In taking a wider perspective on crucial policy issues such as the BBC licence fee, Channel 4’s potential privatisation and future regulation of streaming platforms, we invite policymakers, industry stakeholders, audience groups and others to test the usefulness of our typology for examining the future of public service broadcasting.

This article is based on research published by the Creative Industries Policy & Evidence Centre and carried out by Cardiff University. The research is entitled ‘What is the Public Value of Public Service Broadcasting?’.

Tom Chivers does not work for, consult, own shares in or receive funding from any company or organisation that would benefit from this article, and has disclosed no relevant affiliations beyond their academic appointment.

Stuart Allan receives funding from the AHRC to support this research.