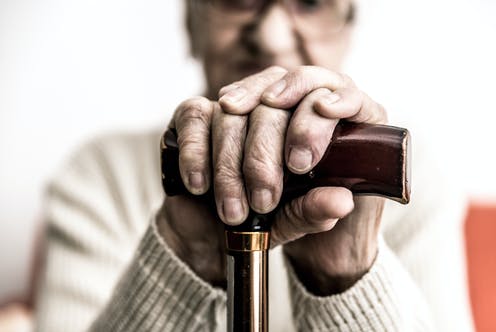 Over half of UK adults over the age of 65 live with two or more long-term health conditions – commonly known as multimorbidity. People living with multimorbidity not only have a shorter life expectancy, but they may also experience poorer physical and mental health.

Crucially, over half of GP consultations and hospital appointments involve patients with multimorbidity. In the UK, care for people with multimorbidity is also estimated to take up to 70% of health and social care expenditure. With an ageing population, it’s expected that the number of people living with multimorbidity will rise. This could place an even greater demand on the NHS by patients needing long term treatment.

Multimorbidity is currently managed by treating each disease separately. This means people will need to take multiple medications at the same time (known as polypharmacy), and will also have to attend multiple medical appointments for each condition. Not only can this put a strain on the NHS, polypharmacy can also put patients at increased risk of negative drug interactions and unintended harm.

There’s a clear need to improve the way multimorbidity is treated. But research shows that to do this, we need to instead start looking at targeting the key causes of multimorbidity when searching for treatments.

Although multimorbidity differs for each person, we know that patients tend to suffer from the same groups of diseases – known as “clusters”. This suggests that each cluster may share a common underlying cause. For example, a person with multimorbidity may suffer from heart problems (such as heart disease and high blood pressure) and diabetes, which may all stem from the same cause – such as obesity.

Identifying and treating the cause of a patient’s disease clusters would allow us to more effectively combat several – or even all – of the diseases a patient has using a single treatment. This would both reduce the number of medical appointments a person needs to attend and the number of medications they may need to take.

Such an approach has not yet been taken, in large part because medical research and drug discovery tends to focus on treating a single disease, instead of multiple. So any breakthroughs in this field could be many years off unless action is taken now.

Importantly one of the biggest risk factors for developing multimorbidity is getting older. This is why researchers think targeting the biological causes of ageing could be one way of treating multimorbidity, by preventing clusters of diseases from developing in the first place.

Ageing is characterised by nine changes – known as the “hallmarks of ageing” – that occur in our cells and molecules. These changes result from a build-up of damage in the body, which then stresses our cells and causes them to enter a state known as cell senescence, where the cell stops dividing and then causes further damage to healthy cells.

We become less able to remove senescent cells from our body as we get older, causing them to accumulate and increase our risk of disease. Researchers think that if we could prevent these cells from building up, we may be better able to prevent multimorbidity from happening to begin with.

Drugs which can kill senescent cells (called senolytics) already exist, and are currently used to treat certain types of leukaemia, and are now being trialled on patients with the chronic lung condition idiopathic pulmonary fibrosis. Given senolytics are already in clinical use, this means they could quickly be repurposed for use in patients with multimorbidity if proven to be effective on other conditions too.

With an ageing population in many countries around the world, multimorbidity is likely to only become more common unless a radical new approach is taken to tackle it. Better treatments alone could have a major impact on improving the physical and mental health of patients worldwide – while also alleviating pressure on healthcare systems.

Janet M. Lord receives funding from UK Research and Innovation for research in to multimorbidity, she is affiliated with the ABPI Multimorbidity working group.

Carolyn Greig does not work for, consult, own shares in or receive funding from any company or organisation that would benefit from this article, and has disclosed no relevant affiliations beyond their academic appointment.

2022-01-14
Previous Post: Rogue planets: how wandering bodies in interstellar space ended up on their own
Next Post: Why Prince Andrew is losing his military titles, but staying a prince