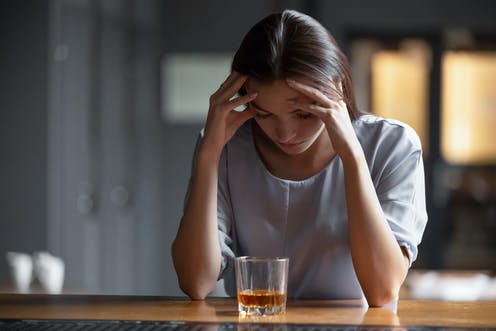 Most of us know that horrible feeling of tiredness, headache, sweating, nausea and sensitivity to light – the dreaded hangover. For decades researchers have been exploring potential cures for hangovers induced by alcohol.

Now a new systematic review of randomised control trials has revealed what the evidence says – and it’s not good. Despite finding 21 trials investigating potential hangover cures they conclude that: “Of the limited interventions studied, all had favourable tolerability profiles and very low quality evidence”. In short, while these cures can be taken without any adverse effects they weren’t found to cure a hangover.

But it’s not all bad news, the researchers suggested that three of these cures have potential and should be investigated further. These included clove extract, tolfenamic acid and pyritinol.

Clove extracted from the clove plant is thought to facilitate excretion of alcohol from the body which can reduce the time spent hungover, typically estimated to be 12 hours from waking. Respondents also recorded a reduction in hangover severity. While you might have cloves in your spice rack, there are a number of products available in health shops and supermarkets that provide tablet or liquid versions.

Rather than wait for a hangover to happen some studies suggest that taking tolfenamic acid before and after drinking could reduce the nausea, headaches and tremors experienced during a hangover. Preparations containing tolfenamic acid can be bought on the internet but in the UK a doctor’s prescription is needed. Tolfenamic acid belongs to the group of non-sterodial anti-inflamatory drugs often referred to as NSAIDs. This chemical is used in a variety of headache preparations, so it’s not surprising that it could have potential for hangovers.

Pyritinol also known as pyridoxine disulfide is derived from vitamin B, essentially this widely available substance helps you feel more energised: a clear benefit given the fatigue often experienced when hungover. This is usually prepared in capsule form for oral consumption.

Despite these potential cures the authors of this review found some significant gaps in knowledge. Not least was the bias towards male participants in research – eight of the 21 studies included in the review had no women in their trial. Given the physical differences between men and women, research must investigate cures not just for men but for women too.

Although many of us will turn to common drugs like paracetamol or aspirin there have been no randomised controlled trials to test these against a placebo. But the research review team also found that the majority of trials of these drugs had fewer than 30 participants. Despite this the NHS suggests that painkillers can help with the headaches caused by hangovers.

There is a clear need to improve both the quality and quantity of research into cures for hangovers. With an estimated 2.4 billion people drinking alcohol worldwide, many of whom will experience a hangover at some point there is significant demand for an effective way of mitigating the unwanted symptoms it induces.


This lack of evidence hasn’t stopped a flourishing trade and promotion of unproven remedies being marketed. Many of these will rely on the placebo effect which is known to be a significant across a range of health problems. Believing a potion will work even though it has no active ingredient can be enough to reduce the impact of a hangover.

Drinking water and other alternatives

But if you don’t want to try any of these products there are some popular alternatives. The quality and choice on non-alcoholic drinks has improved in recent years and is a guaranteed way of avoiding a hangover. However this option misses the point of why most people consume alcohol, it makes them feel different, whether that’s happier, more sociable or to simply relax, something alcohol does very well.

One potential and interesting non-alcoholic option is Alcarell, commonly referred to as alcosynth, developed by David Nutt, a professor at Imperial College, London. Drinks with this ingredient claim to stimulate the same part of the brain that alcohol targets, the aim is to reduce neural activity to give drinkers that calm and relaxed feeling usually associated with alcohol intoxication.

Many people find that drinking non-alcoholic fluids particularly water in the same period they drink alcohol helps reduce the severity of a hangover. This makes sense as alcohol dehydrates, rather than hydrates.

As it stands the only sure way to avoid the dreaded hangover is not to drink any alcohol in the first place. Given how unrealistic that is we need science to step in and provide evidence of what works and what doesn’t. So far research has little to offer in the way of a surefire cure. Until it does perhaps hangovers serve a purpose by prompting us to limit how much alcohol we drink, unfortunately that’s a prompt to many of us continue to ignore.

2022-01-10
Previous Post: Don’t look up: several asteroids are heading towards Earth – here’s how we deal with threats in real life
Next Post: LSO/Rattle at Barbican review: a Julian Anderson premiere made for a dramatic display