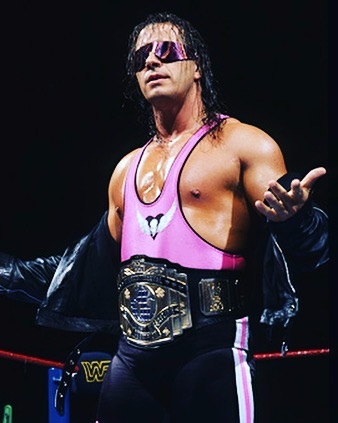 The pair only wrestled each other one-on-one in WCW, working at some house shows together in late 1999.

Their only televised fight together was a tag match against Lex Luger and Sting on Nitro’s 13 September ’99 episode.

But despite both achieving legendary status in the world of wrestling, Hart thinks Hogan was a ‘limited’ wrestler.

Hart says hogan ‘didn’t know a headlock from a headlamp’.

Speaking to the Calgary Sun, The Hitman said: “I think if you look back at wrestling when it was the Hulk Hogan show.

“He was six-foot-eight and a one-out-of-three wrestler.

IS your downtime as epic as it could be?

You can get 50 free spins at PokerStars Casino. Boom.

“He knew how to do a clothesline and maybe a body slam. He was very limited.”

But on himself, Hart says he wasn’t called the Excellence of Execution for nothing.

He added: “I think it all goes back to when (WWE commentator) Gorilla Monsoon called me the ‘Excellence of Execution’.

“I was just a guy who did everything right. I remember when I started wrestling, I knew how everything worked.

“I knew how to take turnbuckle (hits to the chest), I knew how to body slam. When you want to watch how to do something in wrestling, you watch my matches back.

2021-12-18
Previous Post: Hopefully this will be a ‘Knight’ to remember!
Next Post: COVID: how the disease moves through the air