The impact of COVID-19 on the mental health of children and young people in the UK: what the research says 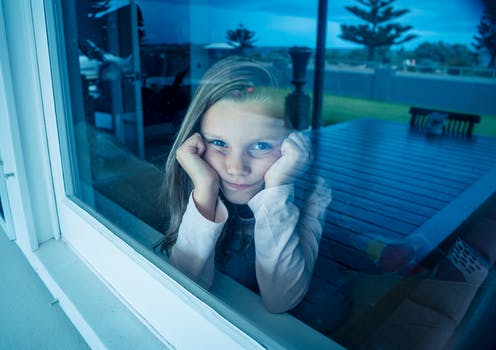 COVID-19 has disrupted the lives of children and young people beyond recognition. Throughout the pandemic, research has been underway to assess the impact on young people’s mental health, but much research is poor quality and so potentially misleading.

For example, a global, collaborative and constantly updated project, DEPRESSD, has searched for research published in scholarly journals or as pre-prints on established platforms. The project has screened the titles and abstracts of nearly 74,000 pieces of research on mental health, and – notably – found just 170 studies to be sufficiently rigorous. Some, but not all, suggest increases in anxiety, depression and behavioural problems, and factors jeopardising mental health, such as poor sleep, reduced physical activity and loneliness.

Here, we have rounded up the findings of the most rigorous research which contribute to our understanding of the mental impact on children and teenagers in the UK from COVID-19 and resulting public health restrictions. The format and focus of some of this research, such as those only available by government or research portals or actual referral data, means that it does not feature in the DEPRESSD review, but all is high quality.

The English Mental Health of Child and Young People Survey (MHCYP) and its follow-up surveys suggest a deterioration in youth mental health. It found that the proportion of children aged six to 16 with probable mental health disorders had increased from one in nine in 2017 to one in six in both 2020 and 2021.

Children and young people react differently, and also face different challenges, which is one reason that different studies may report conflicting findings. For example, a study of 1,000 13-15-year-olds from South West England found no change in depression but reduced anxiety symptoms between October 2019 and May 2020 when measured across all the teenagers who participated.

However, when the sample was split into teenagers reporting significant anxiety or depression before the pandemic and those without such difficulties, teenagers who reported poor mental health were doing significantly better in May 2020 than when first contacted. Children who felt less connected to school than their peers reported increased anxiety when schools reopened in September 2020.

School closures affected some families particularly harshly. Some children and young people went hungry, had inadequate or non-existent lessons and little or no communication from their school. A poll of parents in the UK conducted by educational charity the Sutton Trust found that 34% of children and young people were spending two hours or less learning each day during the first lockdown.

Research in Glasgow showed that families facing problems such as financial insecurity, domestic violence or pre-existing mental health issues, were a heightened risk of descent into vicious circles of escalating distress. In contrast, families without these challenges, particularly if they could work from home and had sufficient resources to support home schooling, often reported that their initial anxieties quickly subsided and that they valued additional time together.

The amount of schoolwork that young people were able to complete during school closures was affected by how able parents were to support their learning. Around one in ten parents reported that they lacked devices such as tablets or computers to support remote schooling. This number significantly increased in households with just one parent. Poor access to remote schooling was associated with poorer mental health.

These findings suggest that we should avoid school closures as far as possible. Academic attainment is not the only area of concern here. School is where many children develop peer relationships and refine their social skills, particularly given that most live in small nuclear families. When they are necessary, we should support the most vulnerable families to form safe childcare bubbles to allow time outside the family home.

Another particular concern is the huge increase in emergency and urgent referrals for young people with eating disorders. This is coupled with a smaller but still significant increase in routine referrals reported by NHS England.

Fluctuations in mental health are hardly surprising at a time of global crisis. However, mental health conditions which begin in childhood often persist for years. Children pay a heavy developmental price while mental health problems affect their ability to function.

Child and adolescent mental health services had been struggling to meet demand before the pandemic. Policies to improve provision have been only partially successful. We urgently need a concerted response to promote mental health among children and young people across all services that work with children and families.

Tamsin Ford offers advice on research to Place2Be, a third sector organisation that provides mental health support to children, parents and teachers within schools in the UK

Franki Mathews and Simon Benham-Clarke do not work for, consult, own shares in or receive funding from any company or organisation that would benefit from this article, and have disclosed no relevant affiliations beyond their academic appointment.