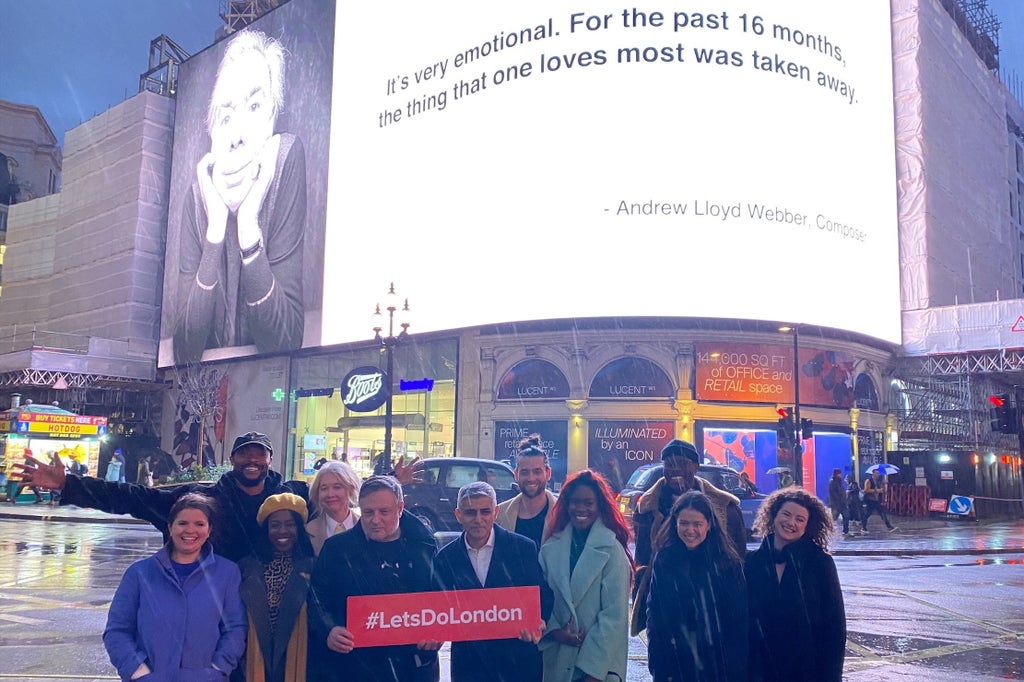 ickets to some of London’s biggest theatre shows will be on offer at a discounted price in the new year as part of an effort to attract visitors back to the West End.

On Tuesday, Mayor of London Sadiq Khan joined photographer Rankin and stars of West End shows such as Les Misérables and Get Up, Stand Up to mark the launch of Official London Theatre’s new year promotion.

Tickets for nearly 60 theatre productions in January and February will be available for between £10 and £50 and are on general sale as of December 7.

The promotion comes as the New West End Company, which represents businesses and brands in the area, warned this week that footfall was not increasing as much as had been hoped and was still 30 per cent lower than pre-pandemic levels.

According to the group, Government messaging around the Omicron variant of Covid-19 as well as fear of disruption due to Tube strikes were behind the figures.

Sadiq Khan has said that it is “really important to come back to the West End in a safe way”, but that “the work they do to make sure theatres are safe is fantastic”.

Mr Khan said: “It’s really important that after the last 18 months we’ve had where our theatres have really struggled because of the lack of footfall, that we support London’s economy safely. I’m encouraging Londoners to take advantage of this brilliant offer. Sixty of our theatres are giving reduced tickets so you can go and watch one of the world’s finest plays for a tenner.”

The offer is being promoted as part of the mayor’s Let’s Do London campaign, which has focused on attracting visitors back to the capital to boost the economy.

Discounted tickets are available on the Official London Theatre website, as well as offers on restaurants and hotels.

It is hoped that the campaign will also provide a boost to the West End’s retail and hospitality businesses that have faced significant difficulties during the pandemic.

2021-12-08
Previous Post: Writing history: 30 years on, a former Moscow correspondent reflects on the end of the USSR
Next Post: ‘Friends for life’: how living with locals helped refugees feel at home in a new country