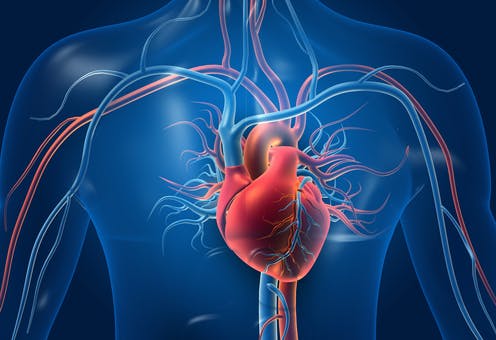 Heart failure is one of the most common cardiac diseases, affecting more than 30 million people worldwide. It happens when the heart can’t deliver enough blood and oxygen to meet the demands of the body’s essential organs.

There are two types of heart failure. About half of patients have a type called reduced ejection fraction, where the heart does not pump properly. The other half of heart failure patients have a type called preserved ejection fraction. This is where the heart still appears to be pumping well, but it cannot relax properly between each heartbeat – meaning it’s still unable to meet the body’s oxygen demands. This type is more difficult to diagnose as it appears to pump normally during an ultrasound – therefore requiring additional tests to diagnose.

Typically, patients with the first type of heart failure are given medications that can improve symptoms and reduce risk of cardiac events – such as heart attacks, hospitalisations or death. But for patients with preserved ejection fraction, researchers have until now been unsuccessful in finding a medication which can improve prognosis and reduce risk of cardiac events for patients.

But our recent study has found that a common type of diabetes drug may help improve the health of patients with this type of heart failure by reducing risk of death and hospitalisation from a cardiac cause.

To conduct our study, we looked at data from almost 10,000 patients with heart failure and preserved ejection fraction. Half of the patients were treated with an SGLT2 inhibitor while the other half received a placebo – a tablet that looked similar to the new drug but didn’t have any medicine in it. Patients either took the SGLT2 inhibitor or a placebo continuously for an average of around two years, at which point the follow up stopped.

SGLT2 inhibitors have only been recently found to be highly beneficial in patients with heart failure. Initially, they were designed to help lower blood sugar levels in people with type 2 diabetes.

It’s thought SGLT2 inhibitors work for people with heart failure for a number of reasons. One theory is because they promote diuresis, which helps the body rid itself of extra fluid, as fluid overload can be a significant problem for these patients. SGLT2 inhibitors also improve blood pressure and increase the production of red cells, which help deliver blood supply and oxygen to the body’s major organs. Research also suggests that they also reduce the formation of scarring in the heart muscle. Managing all of these factors is critical as they can lead to the formation or exacerbate of heart failure.

A further benefit of using this drug to treat heart failure with preserved ejection fraction is that they’re already shown to be safe as they’ve been used to manage diabetes for many years. They also have relatively few side effects – though urinary infection or abnormal blood sugars may rarely be seen.

However, this drug won’t be prescribed for use in patients with preserved ejection fraction until it’s been reviewed and approved by the National Institute for Health and Care Excellence.

2021-12-03
Previous Post: Are you binge-watching too much? How to know if your TV habits are a problem – and what to do about it
Next Post: What Crypto Can Expect From Twitter’s New CEO