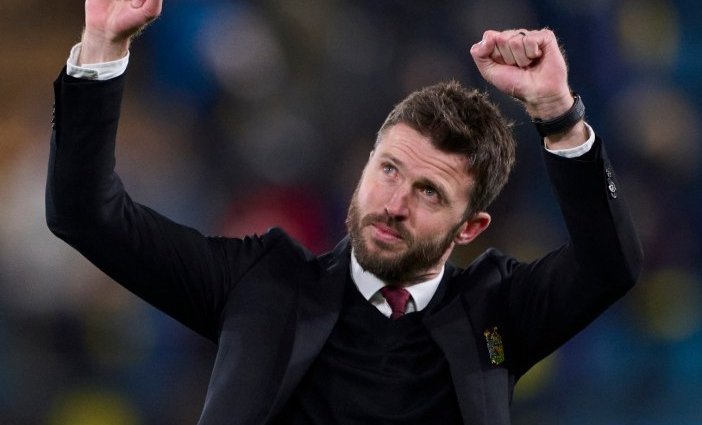 MANCHESTER UNITED interim boss Michael Carrick faces a big test in his first Premier League game in charge as he takes his side to Chelsea.

But he will take confidence from a win and a clean sheet in his first match against Villareal on Tuesday.

Jadon Sancho even bagged his first goal in a United shirt and though Thomas Tuchel’s side have impressed in recent weeks, Carrick will be hopeful of following in the footsteps of Jose Mourinho, David Moyes and Ole Gunnar Solskjaer.

Each of those managers won their first league game as Red Devils boss – something Sir Alex Ferguson failed to achieve.

Solskjaer’s first Premier League match was a visit to one of his former clubs – Cardiff City.

And he got off to the best start imaginable when Marcus Rashford fired United ahead in the third minute.

Things got better and better with Ander Herrera, Anthony Martial and Jesse Lingard scoring twice in a 5-1 victory.

The Norwegian went unbeaten in his first 12 league games, winning ten to help him land the job on a permanent basis.

Like Solskjaer, Mourinho also got off to a fantastic start in the Premier League.

He won his first three games, including an opening day victory at Bournemouth, winning 3-1 with goals from Juan Mata, Wayne Rooney and Zlatan Ibrahimovic.

The Red Devils shot to the top of the table after the win but would be no match for Manchester City in the title race that season.

It was disaster for van Gaal in his first game – a 2-1 defeat to Swansea City at Old Trafford.

And things did not get better soon after for the Dutchman with draws against Sunderland and Burnley before he finally got his first Premier League win over QPR.

In fairness, he did have to start a back three of Tyler Blackett, Phil Jones and Chris Smalling against the Swans, with Lingard and Javier Hernandez also being forced off with injury.

A year earlier David Moyes showed van Gaal how to mastermind a win over Swansea, beating the Welsh side 4-1 away.

Robin van Persie and Danny Welbeck both scored twice for a star-studded United side which included Rio Ferdinand, Nemanja Vidic and Carrick.

But the Red Devils’ Premier League form under Moyes quickly unravelled with defeats against Liverpool, Manchester City and West Brom in his first six matches.

A 2-1 loss to Sheffield United at Brammall Lane kicked off a new era for English football as the first-ever Premier League match.

Brian Deane had the honour of scoring the first-ever Premier League goal in the fifth minute and added a second via the penalty spot before half-time.

Mark Hughes pulled one back after the break but it was not enough to prevent defeat.

Despite the setback United went on to win the league that season – proving to Carrick a defeat to Chelsea would not determine his success as interim boss.