White-tailed deer found to be huge reservoir of coronavirus infection 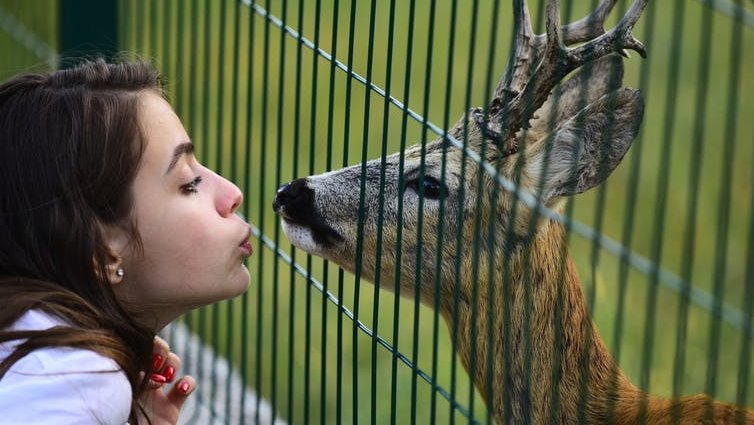 New research from the US has shown that white-tailed deer are being infected with SARS-CoV-2, the virus that causes COVID-19 in humans. Antibodies were found in 40% of deer that were tested from January to March 2021 across Michigan, Pennsylvania, Illinois and New York state. A second unpublished study has detected the virus in 80% of deer sampled in Iowa between November 2020 and January 2021.

Such high levels of infection led the researchers to conclude that deer are actively transmitting the virus to one another. The scientists also identified different SARS-CoV-2 variants, suggesting there have been many human-to-deer infections.

The large numbers of white-tailed deer in North America and the fact that they often live close to people provide several opportunities for the disease to move between the two species. This can include wildlife management operations, field research, recreation, tourism and hunting. In fact, hunters are likely to be one of the most obvious sources of potential reinfection as they regularly handle dead animals. It has also been suggested that water sources contaminated with SARS-CoV-2 might provide a pathway for transmission, although this has yet to be proved.

Human-to-deer and deer-to-deer transmission are believed to be driving the rapid spread of the disease within white-tailed deer populations across the US. This is particularly apparent during the early months of 2021 when COVID infections were spiking in the human population. Previous studies have shown that SARS-CoV-2 can be passed from humans to domestic and captive animals including cats, dogs, zoo animals and, most notably, farmed mink. But, until now, the disease had not been shown to spread in wildlife species.

White-tailed deer are the most abundant large mammal in North America with a range extending from Canada to South America. The US population alone is estimated to number 30 million animals. They are a social species that live in family groups of two to 12 individuals that can thrive in a range of habitats, including urban parks and woodland.

These aspects of their ecology and behaviour have made them a species of particular concern when it comes to the spread of diseases, including bovine tuberculosis and chronic wasting disease. These pathogens have already led to considerable effects on the health of wild and domestic animal populations around the globe.

The findings from these latest studies have raised concerns that white-tailed deer could be a reservoir of SARS-CoV-2. Not only could this readily infect large numbers of animals, but also, more worryingly, it could spill back to humans.

This type of infection cycle was documented in workers on infected mink farms, which ultimately led to the Danish government euthanising their entire captive population of 17 million animals. It is important to underline that there is currently no evidence of SARS-CoV-2 transmission from white-tailed deer to humans. Initial experimental work has also suggests that infected deer tend not to have symptoms. Still, disease transmission in wildlife populations has considerable implications for human and animal health.

There is the possibility that viral mutation in a reservoir host, such as white-tailed deer, could lead to new variants of the disease. These variants may lead to greater infection rates, increased virulence (severity of symptoms) and prove more effective at evading the human immune system. Likewise, any reinfection from wildlife reservoirs could also complicate our long-term efforts to fight and suppress the disease.

Influenza, which jumps readily between birds, humans and other mammals (particularly pigs), presented similar problems. These multiple reservoirs of disease can lead to new strains emerging that humans have lower immunity against, as was the case with swine flu in 2009.

It is important to note that there are limitations to these studies, both in terms of the methods used and the limited geographical range of investigation. The most recent and unpublished study used the latest genetic approaches to reliably detect SARS-CoV-2 in tissue samples but focused only on deer in Iowa. Whereas the antibody tests in the first study were conducted across four states but only show that the animal has been exposed to the virus. Yet the combined findings have highlighted that transmission of SARS-CoV-2 is likely to be widespread in white-tailed deer.

There is a great deal that we still need to learn about the developing situation with COVID and deer. The most important topics to focus on include understanding how the virus is being transmitted from humans to deer and determining the risk of spillover back into the human population. Research is urgently needed to assess the risk that this potential reservoir of SARS-CoV-2 presents to humans, as well as the possible spread of the virus to other wildlife species that deer interact with, such as predators and scavengers.

2021-11-09
Previous Post: ‘We have nothing left’ – the catastrophic consequences of criminalising livelihoods in west Africa
Next Post: Xavi ‘immediately SACKS two Barcelona coaches in bid to improve fitness’