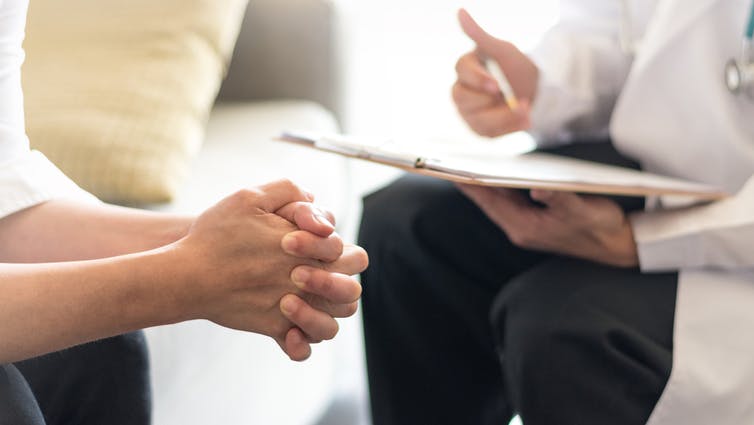 Being a member of parliament is a difficult job. Anyone who represents a constituency in parliament is subject to constant pressure and must often make important decisions that affect people’s lives. MPs are also subject to abuse and threats of violence – two have been murdered in the UK in the past five years. At times, it’s hard to see why anyone would want to take on these roles.

But being a member of parliament is also an incredibly important job and any nation should hope that its brightest and most honest citizens will step forward.

That is why the Westminster government’s handling of the case of Owen Paterson is a danger to the entire fabric of British politics. It has damaged the reputation of the institutions that exist to keep politicians on the straight and narrow. Only a convincing reform that increases the independence of the standards watchdog and protects it from further political interference can send the right message that politicians do not condone corruption.

In October 2021, Kathryn Stone, the parliamentary commissioner for standards, found Paterson to have breached paid advocacy rules by approaching government agencies in a way that could benefit two companies that paid him as a consultant. This finding was then confirmed by the non-partisan House of Commons Committee on Standards.

Amid outcry from Paterson and his allies that he had received unfair treatment, the government took the unprecedented step of whipping Conservative MPs to effectively block the decision by voting for a new committee to be created to review the entire standards system – including the process that led to Paterson being up for suspension. When the next day’s papers started to cry corruption and sleaze, the government subsequently overturned that vote and announced that it would hold a new round of voting on the situation. Paterson then resigned as an MP.

But the damage has been done. Reverting the standards decision (and exerting extreme political pressure on the commissioner) was, itself, the nuclear bomb. In their vote, MPs sent the message that they can, at any time, overturn a standards recommendation they do not like in order to protect their own.

When they vote again on the future of the watchdogs, they must support a robust and fair standards process. To protect their own reputation, they must do more to protect the commissioner from political pressures. They must make sure the decision to approve her findings is never again perceived as political.

The brightest and best

Politics can only really be attractive as a career option if it is perceived as a noble and valuable role. It isn’t a particularly well-paid profession and the hours are demanding. People must feel they are doing something worthwhile if they are expected to make these sacrifices.

Unfortunately, politics in the UK, at least since the expenses scandal in 2009, is not generally seen as noble. While the UK appears to have below average levels of corruption by international standards, there is a higher than average perception of political corruption. A majority of British citizens believe their political parties and members of parliament are corrupt or extremely corrupt.

Research shows that if people perceive political corruption to be rife, a vicious cycle can be triggered. When politicians have bad reputations, only untalented or corrupt people find the job attractive. This, in turn, justifies the terrible reputation of politicians. Thus, every time politicians seem to condone conflicts of interests and corruption, they not only give a bad impression of themselves – they also decrease the attractiveness of their job.

Having a low calibre of politician increases the likelihood that a country will be badly governed. It also sets the standard of what is publicly acceptable outside of politics. For instance, a study shows that when school pupils learned about cases of corruption among their local officials, they were much more likely to cheat on cognitive tests. Whether Paterson did anything wrong or not, what has happened in the British parliament in the wake of this case has sent the message that it is socially acceptable to create new rules when the existing ones find you or your allies guilty.

All of this means it is vital to have a strong independent watchdog in parliament. In the UK, the office of the Commissioner for Standards fulfils this role. It investigates whether MPs have broken the rules and decides on a political punishment when they are guilty. That might be a suspension from parliament – as had been decided in Paterson’s case before he ultimately resigned. It might also mean requiring the MP to make a public apology or giving voters in their constituency the right to trigger a by-election.

Receiving outside revenues is not always a conflict of interest and can actually be a good way to improve political expertise. Research has shown that when moonlighting is allowed, it can convince talented people who would otherwise be able to earn high wages in the private sector to take a job in politics. An outright ban on outside consultancy roles could, for instance affect 30 current MPs. But that does mean that conflicts of interest need to be strongly regulated within parliament. Politicians need to be able to “moonlight” by earning money from outside jobs without doing wrong. Meanwhile, if a watchdog is not deemed credible, the suspicion will always remain that corruption exists – even if politicians have acted reasonably.

Boris Johnson is, himself, a case in point. The prime minister has faced scrutiny on several counts in the past year, including over who paid for refurbishments to his home and holidays. These cases may involve no corruption or conflict of interest at all. But suspicion is circulating. A ruling from a well regarded watchdog could help him draw a line under any questions about his integrity.

A watchdog that operates under constant political threat, on the other hand, can neither hold politicians to account nor effectively clear them of wrongdoing.

Renaud Foucart does not work for, consult, own shares in or receive funding from any company or organization that would benefit from this article, and has disclosed no relevant affiliations beyond their academic appointment.

2021-11-09
Previous Post: Japan: pressure from populist right to scrap ‘peace constitution’ after 75 years
Next Post: ‘We have nothing left’ – the catastrophic consequences of criminalising livelihoods in west Africa