ABBA: best pop band ever or hold-music hell? Whose side are you on? 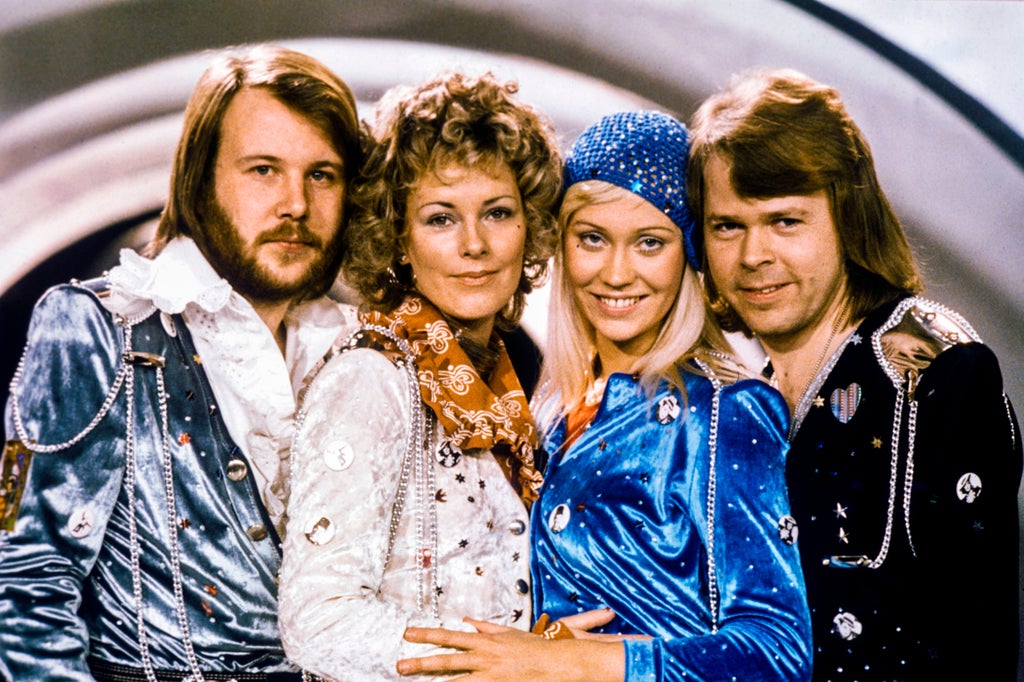 S ABBA prepare to release their first new album for 40 years — Voyage, out next Friday — a die-hard fan and a firm refusenik (who happen to be a couple) go head to head on the big question. Are ABBA brilliant, or the worst band ever?

When I found out that ABBA were releasing a new album for the first time in 40 years – Voyage, out next Friday – I considered booking the day off, simply so that I could play it non-stop. I’ve already listened to one of the new singles, Don’t Shut Me Down, so many times that I hear it in my dreams in the middle of the night. Best dreams I’ve ever had. But then I remembered that I live with, and am in fact engaged to be married to, a man who breaks into hives when he hears the first bars of Dancing Queen. I try to reach for Sam, but he has closed his mind. (He won’t get the reference.)

He’s in good company. I’ll never forget the profound existential confusion that I felt when my family elders expressed their disdain for Steps. “Ugh, they’re just a bad ABBA knock off,” they tutted as I feverishly rewound my Step One cassette tape. Lost, I asked myself: how could anyone NOT like this music? And more importantly, who were ABBA? I found out for myself when Steps and some other latter day nineties pop stars donned highly flammable-looking shiny flares and sang an ABBA medley at the 1999 Brit Awards. Best day of my life, probably.

If loving ABBA is wrong, then I don’t wanna be right. But also… it’s not wrong. I’ve long since stopped regarding them as a camp guilty pleasure and now just see them as the best band in the world. Lots of people agree with me – only The Beatles have sold more records. But what makes them so great? I’m no John Peel, but I think it’s pretty obvious – whatever your personal taste – that they gave us the epitome of perfect pop music.

And anyone who really listens to their music knows that it’s deceptive. You can dance all night to these songs, but they also mine a deep well of sadness and pain. Take, for example, If It Wasn’t For the Nights, my personal favourite ABBA song. It sounds incredible, with its shimmering disco intro and yell-it-on-the-dancefloor chorus. But, written by Björn Ulvaeus in the middle of his divorce to Agnetha Fältskog, it’s actually about someone embracing workaholism as the only way to avoid going home and being alone with their feelings. “No one to turn to, you know how it is,” they sing. And that song wasn’t even released as a single! That’s how good they were – they even had unforgettable album tracks going spare.

As Andrew Harrison wrote, ABBA stand alone as a band of great storytellers whose representation of a humdrum kind of life may not have been cool, but it was catchy and impossible to ignore. “If rock’n’roll is about escape and outsiderdom then Abba’s pop songs excavate the dreams and disappointments of those who never wanted to rebel. Summed up in the tumultuous ecstasy of Dancing Queen or the cascading fatalism of The Winner Takes It All, suburbia’s hopes and fears are no less epic and no less valid.”

I can’t tempt Sam to see Bjorn Again with me. I won’t even mention the fancy new hologram concert in the purpose-built stadium. I hope he’s prepared for the wedding, though: wall to wall ABBA bangers all night.

I have been reliably informed by seasoned music hacks and scholars of popular culture that without the pioneering work of Agnetha Fältskog, Björn Ulvaeus, Benny Andersson and Anni-Frid Lyngstad, there’d be no Pulp, no Robyn, no Taylor Swift. It is quite possible, they inform me in solemn tones, that pop music itself would have ground to halt, or at least spin off in some unthinkable, joyless trajectory, without the fearless maximalism of the quartet from Stockholm.

I am quite prepared to accept this, and acknowledge ABBA’s return to the scene with a respectful doff of my cap and plenty of gratitude for the countless songs I do enjoy that they paved the way for. My reason for ‘not liking ABBA’ isn’t a case of misplaced snobbery, or ignorance about their musical legacy. It isn’t even just that the songs aren’t my particular cup of tea. It’s how often their music appears, usually where and when you least want it to.

Case one. I am sat in my living room watching television during the strange summer of 2020, when a confusing relaxation of lockdown rules leads to hastily-arranged garden parties all across London. My neighbours seize the moment, and fill their backyard with riotously drunk middle aged people, who are enjoying shouting at each other ‘IRL’ for the first time in months. It is not long before someone remembers the existence of Spotify. What is the first – and indeed only – band to go on? You guessed it. Drunken group choruses of Mamma Mia fill the air like a noxious fume.

Case two. For our first trip abroad in 18 months, we purchase tickets from an extremely budget airline who, epitomising the adage ‘you get what you pay for’, decide to change the times of our flights the night before, throwing our plans into disarray. Twenty, soul-sapping minutes ‘on hold’, and what do they choose, of all the music in the world, to pacify their customers? Knowing Me, Knowing You, on repeat. Genius, really: I hang up before I can get through and shout at them.

Case three – and this is where it gets personal for Jessie and I – every single wedding I’ve ever been to. There is a moment, usually around 9pm, when Dancing Queen is deployed with the subtly of an atom bomb to try and get the party started. This is the moment your drunk aunt or uncle, neither of whom have managed to talk to anyone or crack a smile all day, suddenly appear cooing and jerking on your arm. “Come on, don’t be so miserable!” they demand, already shuffling with one hand crookedly aloft in the air, “ it’s ABBA for Christ’s sake!”.

Herein lies my objection to the greatest band in pop. It’s not the music itself so much as where and how it’s played: as a default, as a last resort, less to be listened than to be sang over to stave off some social awkwardness (Oasis often fulfil a similar function). It’s the ‘I don’t really like music, but I love a bit of ABBA!’ brigade, which seems to be approximately 80% of the country. Those stirring melodies and melancholy lyrics have been robbed of their potency for me, because we have made ABBA our permanent Christmas songs: played with such grinding regularly you can’t even tell if they’re good anymore.

That said, if our wedding party is going slowly, I’m sure I’ll give the DJ the nod for Take a Chance on Me, and offer up my own small prayer of thanks to the Nordic gods.

Voyage is released on November 5

2021-10-29
Previous Post: BBC: why enhancing the public broadcaster’s fact-checking would strengthen its impartiality
Next Post: FDA authorizes Pfizer’s Covid vaccine for kids ages 5 to 11, shots could begin early next week with CDC clearance