Nipah virus: could it cause the next pandemic? 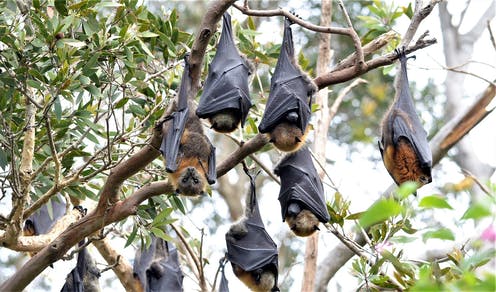 The severe and devastating consequences of the coronavirus pandemic were undoubtedly made worse by a substantial lack of pandemic preparedness, with the exception of East and South East Asia, which had built up defences after their experience with SARS in 2003. So it is crucial that governments begin to develop strategies to protect us if other deadly viruses emerge.

A recent outbreak of Nipah virus in India has raised the question of whether we should start to consider it as a future threat, and look to build up our arsenal of defences now.

The rapid development of vaccines against the novel coronavirus, SARS-CoV-2, have provided a pathway out of this pandemic. So, if vaccines for other potentially dangerous viruses could be developed and stockpiled, they could be rolled out as soon as any new outbreak is detected. We would then be ahead of the curve and a pandemic could be avoided.

This approach is laudable – but it assumes that viruses with pandemic potential can be identified in advance, which is not easy to do. And it also runs the risk that a “don’t worry, there’s a vaccine” mindset might cause simpler preventative methods to be overlooked.

Nipah virus was first identified in Malaysia in 1998. Cases such as the recent death of a boy in Kerala, India have raised concerns that it could mutate and increase its efficiency of transmission, leading to widespread circulation.

That scenario is frightening as the virus currently has a case fatality rate of over 50% and there is no vaccine or tried-and-tested treatment.

But before we can invest resources into vaccine development against Nipah we need to assess whether it is a realistic pandemic threat. And even if it is, there are other viruses out there, so we must understand where it should rank on the list of priorities.

Assessing the pandemic risk of Nipah

To assess the risk we need to look at how the virus transmits and replicates.

Nipah is a paramyxovirus. It is related to a human virus, human parainfluenza virus, one of the handful of viruses that cause the common cold. Its natural host is the fruit bat, the large and small flying foxes which are distributed across South and Southeast Asia. All cases of human infection with the Nipah virus to date have been due to direct or indirect contact with infected bats.

The infection in bats is sub-clinical, so goes largely unnoticed. Virus is excreted in the urine which, via grooming and crowding, ensures transfer within and between colonies.

Fruit or fruit juice contaminated by bat urine is the principal route of virus transmission to people.

A long-term study in Bangladesh, where regular Nipah virus outbreaks occur among its people, suggests that bat population density, virus prevalence and people drinking raw date palm sap are the main factors explaining the pattern of transmission. The bats contaminate the sap while it is being tapped from the date palm tree, and it is then consumed locally.

That is an important finding. As we have seen with SARS-CoV-2, better transmitting viruses evolve while the virus is circulating among its human, not animal, hosts. So, keeping the number of infections in people to a minimum not only minimises the death rate from Nipah itself but also reduces the chance of virus adaptation. Stop the transmission and you stop the pandemic threat.

In the cases of human infection, so far, there has been limited spread to only close contacts of the primary infected individual, such as family members or, if the person is hospitalised, hospital staff.

General transmission does not occur, mainly because the proteins the Nipah virus uses to enter cells, the receptors, are concentrated in brain and central nervous tissues.

Nipah infection leads to death by acute encephalitis in most cases as the virus replicates best in the tissues where it is easy for the virus to enter the cells.

The virus does replicate to a small degree in the vasculature, the blood vessels which provide a route for the virus to travel from consumed foodstuffs to the nervous system. But the central nervous system preference also suggests why onward transmission is limited. The virus cannot easily transmit from there.

Of course a very sick individual will have virus everywhere, but as with Ebola, the virus is not efficiently transmitted by the respiratory route and requires touch or transfer of body fluids. Very close contact is required to infect someone else.

The chance of the virus changing to replicate in the upper respiratory tract, from where it certainly would be more transmissible, is small, and while this does not rule out pandemic potential it significantly lessens its probability. Like other regular zoonotic infections, the spillover event itself from bat to human, and the immediate people affected is more the issue than the potential for epidemic spread.

There is a case for a Nipah vaccine, but more for emergency use in those in contact with a primary case than for a vaccination campaign in general.

The case against it rests on the fact that absolute numbers are low, costs high and outbreaks so sporadic that a clinical trial would be very difficult to organise. Research has shown that therapeutic antibody is effective and that would make a far more practical treatment option in the short term.

In my view, Nipah does not pose a high risk of causing a pandemic. Its current pattern of outbreak is likely to remain the norm. Instead, as has been discussed elsewhere, we need to ensure that surveillance, improved awareness and effective public health measures are in place and adhered to. They will have a much bigger impact on the control of Nipah virus cases in the immediate future.

As for pandemic preparedness in the medium and long term, we need to turn our attention to identifying which other viruses pose a threat and work to develop vaccines and other defensive measures against those.

2021-10-28
Previous Post: Budget: Rishi Sunak should be preparing for a decade of disruption, not an age of optimism
Next Post: How your genes influence whether a certain type of exercise works for you – new research