Coronavirus emergency powers: parliament must not waste its third and final chance to review them 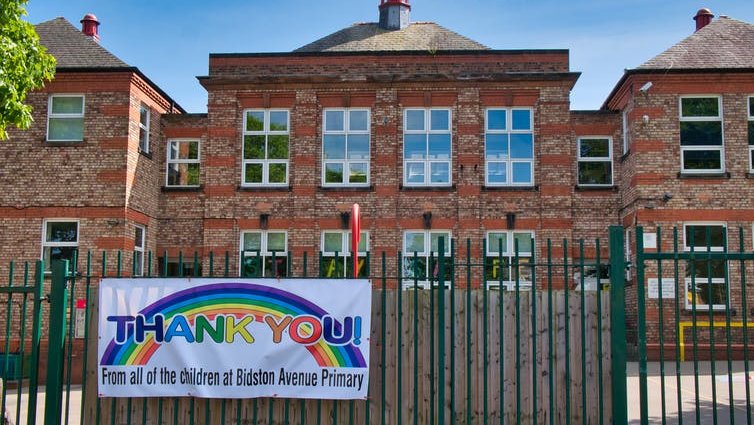 The House of Commons is about to review the government’s flagship Coronavirus Act 2020 for the third, and likely the last, time. The sweeping 350+ page act was introduced with a mere 13 hours of debate in March 2020.

It introduced extensive powers, from significant changes to court proceedings, to powers temporarily to close educational and childcare facilities. It included powers to relieve the NHS and local authorities of certain duties to assess and provide for social care needs.

Matt Hancock, the then health secretary, agreed to include six-month reviews of the act in order, he said, to provide an “additional safeguard” for parliament in light of the extensive powers it contained. The reality of these reviews has been somewhat different, however.

For almost a year now, my colleagues and I at the COVID-19 Review Observatory have been tracking, identifying and analysing parliament’s scrutiny of the government’s response to the pandemic, including the Coronavirus Act 2020. We have seen how the Commons’ two previous six-month reviews, in September 2020 and March 2021, were limited in practice, largely because of government decisions that undermined them as an accountability mechanism.

Also, this time is not dedicated entirely to reviewing the powers under the act. These debates have been dominated by backbench grievances and general concerns about parliament’s role during the pandemic (in the first review), and by multiple complex motions the government scheduled to be debated at the same time (in the second review).

The review is also limited by the Coronavirus Act 2020 itself. When the government first introduced the review clause, it did so in a way that meant the House of Commons would only ever be able to vote to renew or expire all of the powers in force under the act. In other words, that the motion presented would be an “all or nothing” one.

This was despite MPs, including Conservative MPs, asking the government to allow for a more nuanced form of review in which they could renew those powers they considered still to be necessary and proportionate, and to expire those they did not. These requests fell on deaf ears.

The government’s bimonthly reports about how powers under the act are used do not help the situation. These should inform the reviews, but are often expressed in vague and general terms, with little indication of exactly how the powers contained in the act are being used, or what their broad impacts are. Even when MPs have asked for more detail to be provided, the government has not been forthcoming.

MPs have used the review debates to express general frustration with the government’s response to the pandemic. Instead of engaging directly with the act, MPs have bemoaned what they perceive to be the sidelining of parliament through excessive use of secondary legislation.

MPs have barely attended to obvious human-rights concerns that arise under the act, such as how telephone and video court proceedings have affected access to justice, or the disproportionate impact of school closures on children from lower socioeconomic and minority backgrounds. And they have almost completely ignored the extensive work that NGOs (non-governmental organisations) and parliamentary committees have done on these and similar issues to shed light on the act’s complex and sometimes detrimental effects.

MPs must ensure that the third review functions effectively to hold government to account in parliament. This matters not just because accountability to parliament is a fundamental principle of the UK’s constitution, but also because, while the Coronavirus Act is due to expire in March 2022, the pandemic is not over.

The government may well determine that some or all of these powers are still needed. It has already said it will review whether to extend the powers in the spring, and some powers relating to changes to court proceedings are already being made permanent in the Police, Crime, Sentencing and Courts Bill currently before parliament.

These powers were passed in a rush and on the premise of being temporary. If the government wants to extend or make them permanent, the House of Commons must hold the government accountable for their use and impact. MPs should insist that the government commits to limiting itself to those powers that are strictly necessary and which are not already available in existing legislation. They should resist attempts to accumulate further executive power, and ensure the government respects parliament’s role at the heart of the UK’s constitution.

Fiona de Londras is PI of the COVID-19 Review Observatory, based at Birmingham Law School and funded by the Arts and Humanities Research Council, part of the UKRI.

2021-10-18
Previous Post: Covid: ‘Time to hit reset button’ as hospitalisations near 500 mark
Next Post: Football news LIVE: All the latest updates from around Europe’s top clubs