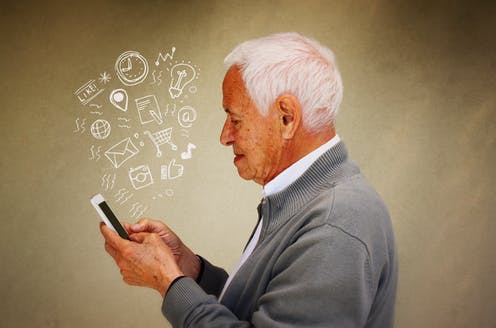 For most of the time since the first description of multiple sclerosis (MS) in 1868, the causes of this disabling disease have remained uncertain. Genes have been identified as important, which is why having other family members with MS is associated with a greater risk of developing the disease.

A recent study my colleagues and I conducted found that several types of infection during the teenage years are associated with MS after age 20. Our study didn’t investigate whether people who are more likely to have genetic risks for MS were also more likely to have worse infections. This might explain why people with MS also have more infections that need hospital treatment.
If this were the explanation, the infection would not be a risk factor triggering MS, it would only identify those more likely to have MS, anyway. Our new study, published in JAMA Network Open, examines this and shows that glandular fever (one of the infections most associated with MS risk) during the teenage years really is a risk factor for subsequent MS.

Some scientists have suggested that infections like glandular fever (also called infectious mononucleosis “mono” or “kissing disease”) might be worse in people who will go on to develop MS because their immune system is already different. But another explanation – the one that our study investigated – is that the infection triggers MS. It has also been argued that families with more infections are different in other ways from families who have fewer infections. Perhaps the differences between these families – not the infections themselves – are what helps to explain MS risk.

To confirm that infections are a true risk factor for MS, triggering the MS disease process, our latest study compared siblings in the same family. Siblings share much of their genetic make-up and have similar family lives. If one sibling develops glandular fever and goes on to develop MS, while the other does not develop glandular fever and does not develop MS, that would suggest that it is the glandular fever rather than any genetic predisposition that led to the MS. (On the other hand, if only one developed glandular fever but they both later developed MS, that would suggest a genetic predisposition was to blame.) If we see the same pattern in many families, we can be much more certain that that’s the case.

We looked at glandular fever at different ages, as the teenage years may be a time when exposures are most likely to increase MS risk. The study involved 2.5 million people living in Sweden. Just under 6,000 had a diagnosis of MS after age 20.

We found that glandular fever between ages 11 and 19 was associated with a significantly increased MS risk after age 20 years, in an analysis that compared siblings with each other in every family separately, and then the results were combined. This design was to make sure the results are not because people susceptible to MS are also more likely to have more severe infections because of this susceptibility. The results confirm that glandular fever, and almost certainly other infections, are important risk factors for MS and able to trigger the disease.

The new study also made it possible to look in greater detail at when an infection is more likely to trigger MS. Glandular fever in earlier childhood was less of a risk for MS than when it occurred after age 11 years. The highest risk for MS was seen for infections between ages 11 and 15 years (around the time of puberty), with the risk dropping with increasing age and almost completely disappearing by age 25. Changes in the brain and immune system as people age may help explain this.

Even though glandular fever may be triggering MS, most often around puberty, it can be many years before MS is diagnosed. Many who had the infection between ages 11 and 15 years did not have an MS diagnosis until after they were 30. This is because the damage to the brain caused by MS develops slowly until it makes someone sick enough to receive a diagnosis of MS.

Glandular fever during the teenage years may trigger MS because it can get into the brain. And the damage it causes to nerve cells may cause the immune system to start attacking a part of the nerves that insulates them – called the myelin sheath.

When the immune system is activated in this way, the process is called autoimmunity. Once started, it can damage nerves in the brain that can become progressively worse over the years. Fortunately, modern treatments are becoming increasingly effective in slowing this process.

This study provides stronger evidence that a severe bout of glandular fever (and likely other serious infections) during the teenage years – particularly around puberty – can trigger MS, even though, often, MS may not be diagnosed for at least ten years after the infection.

Scott Montgomery receives funding from rom the UK Social; and Economic Research Council and Nyckelfonden (medical charity in Sweden) during the conduct of the study and receiving grants from Roche; Novartis International AG; and AstraZeneca; and honorarium for a lecture from Teva Pharmaceutical Industries Ltd; and serving on the advisory board for a study for IQVIA (with payment to Örebro University Hospital) outside the submitted work.

2021-10-12
Previous Post: The Electron-Ion Collider: new accelerator could solve the mystery of how matter holds together
Next Post: Benedict Cumberbatch and Kirsten Dunst hit red carpet in UK premiere of new film