Do you really need more petrol, or toilet paper? There are better ways to take control in a crisis 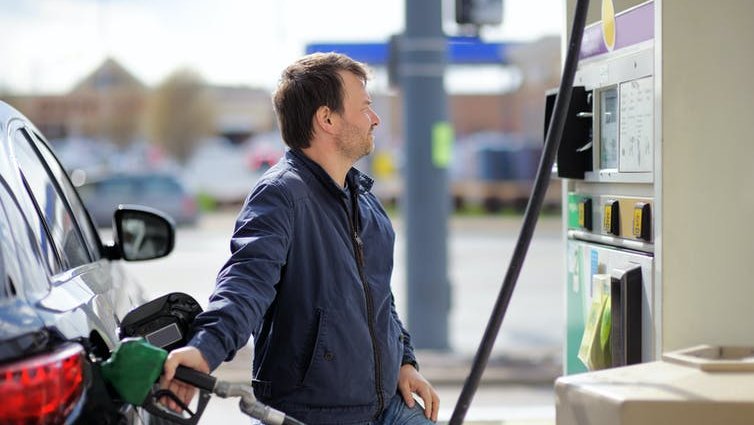 The beginning of the COVID-19 pandemic saw consumers flocking to the shops to urgently stock up on items such as toilet paper and pasta.

This phenomenon, termed “panic buying”, is now happening again in Britain – but this time it’s fuel that people are after. Continued panic buying is only going to perpetuate any fuel shortages. So what can be done to stop it?

Panic buying is a natural reaction to a stressful experience. In particular, it’s a response to uncertainty. When people feel things are uncertain, they tend to focus on something that gives them a sense of certainty and makes them feel in control.

Of course, most people can’t recruit new lorry drivers or mobilise the army to help with the delivery – but they can stock up on fuel. In taking this action, they feel as if they are doing something proactive, and taking charge of the situation.

COVID-19 has exacerbated uncertainty around what the future may hold and increased anxiety for many people, which is notable given we know existing anxiety is a precursor for panic buying. So when people heard there were concerns about petrol supply, it’s not altogether surprising they began queuing up with extra Jerry cans. People may be more susceptible to this behaviour than usual given the pandemic.

Interestingly, the act of buying can cause the brain to release small amounts of dopamine, sometimes referred to as “the reward chemical”. This too, at least partially, helps to explain the relief people might feel when they finally find a petrol station that still has fuel.

Herd mentality and the media

Humans are social creatures, and as such, we are often influenced by what other people are doing. We observe the choices others make and infer why they act the way they do. We tend to assume that the majority have a better assessment of what’s going on and that panic buying is the correct behavioural choice.

The media can play a pivotal role in preventing panic buying as they tend to guide the public perception of what people in general are doing. Continuous exposure to images of and reports about the long queues at the petrol pumps will see people perceive that “everybody else is doing it”, potentially encouraging them to copy this behaviour. Where possible, this kind of coverage is better off avoided.

Authorities needs to be clear

Precise and thoughtful communication is key to alleviating concerns, and therefore deterring people from panic buying. In this case, the public needs reassurance that there is not going to be a petrol shortage, as well as information about solutions – but it needs to be convincing. For example, announcing that 5,000 HGV drivers will be able to get temporary work visas without stating how they will be recruited may not be seen as entirely credible.

The way language is used can also affect people’s perception of a situation. It’s encouraging to see reports indicating the government has advised councils not to use the terms “panic” or “panic buying” in this discussion. Indeed, widespread use of the word “panic” means we perceive others as panicking. And thinking back to the principles of herd behaviour, we tend to assume others know what they’re doing – and we become more likely to follow suit.

So it’s important that the government, local authorities and the media be careful with the language they use during this time.

Things you can do

If you are in the UK and currently affected by the crisis, ask yourself whether you really need to buy petrol. If you decide you don’t really need to — perhaps you can leave your car at home and take public transport — even this basic thought process is a way of taking charge and reducing anxiety levels.

If you’re concerned about the possibility of not being able to drive your car, it’s a good idea to come up with a plan B. What specifically would you do if you found yourself with an empty tank? Could you perhaps travel to work with a neighbour who still has petrol in their car? Check bus and train routes and travel times to see whether that may be a solution.

By having a specific plan, you will feel as if you are in charge – albeit in a different way – and this might make you feel less inclined to urgently seek petrol.

Cathrine Jansson-Boyd does not work for, consult, own shares in or receive funding from any company or organisation that would benefit from this article, and has disclosed no relevant affiliations beyond their academic appointment.

2021-10-03
Previous Post: Amazon’s Astro robot uses fear to get into your home
Next Post: Ten small changes you can make today to prevent weight gain