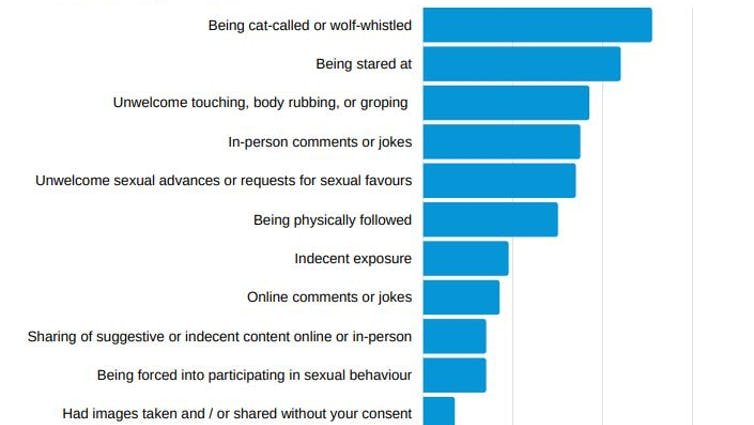 As a child, I was taught to laugh if I stumbled across a man who was indecently exposing himself.

My experiences growing up reflect a wider societal view that indecent exposure is not a serious sexual offence. The older stereotype is of a comical “flasher” in a long overcoat lurking in the bushes. These days, when women go online to try to make meaningful connections, they risk getting an unwanted dick pic. Whether the “flasher” is offline or online, we are encouraged to laugh about it.

Women are conditioned by society to see these experiences as funny and the men as pathetic. But it really isn’t something to laugh about. The reality is that these incidents make women feel vulnerable, violated and unsafe. Indecent exposure is therefore a serious issue for women.

It also becomes a serious issue for society if culprits go on to commit contact sexual offences and violence. The Independent Office for Police Conduct is investigating three allegations of indecent exposure made against Wayne Couzens prior to the night he kidnapped and murdered Sarah Everard. Of these, two related to incidents alleged to have taken place just three days before the murder. It appears that these incidents were not taken seriously or formally investigated by police at the time.

In the course of my research, I’ve been reviewing all the available literature on indecent exposure from the last 30 years. I found a tendency to describe indecent exposure as a “nuisance” offence. When the Law Commission was trying to update the legal framework in 2015, its assessment included references to “flashing” – language that implies that legally we still aren’t viewing indecent exposure as a serious and sexual crime.

Indecent exposure was only formally classified as a specifically sexual offence in 2003. Before then, it was legally defined within the Vagrancy Act of 1824. This act suggested the offence was committed by “rogues and vagabonds”.

And yet it is a prevalent offence. Although official statistics suggest that indecent exposure is not very common, studies undertaken with victims consistently suggest otherwise. A recent YouGov survey found that almost one in five participants had experienced indecent exposure.

The reality for victims

This contradiction between official statistics and victim studies can be explained by the fact that women simply don’t report the crime. There are various reasons why they might not go to the police. They might be traumatised and unwilling to revisit the experience or they might fear for their future safety after reporting someone.

Crucially, victims might not believe the incident is serious enough to be reported, which wouldn’t be surprising given that we are all taught from an early age that indecent exposure is not a big deal.

There is evidence that some victims do not report indecent exposure because they lack confidence in the system. If society continues to view indecent exposure as a “nuisance”, then women will continue to feel reluctant to report their experiences to the police. This means they will carry around the psychological harm and fear that indecent exposure creates in silence.

Despite under-reporting, the research tells us that men who indecently expose themselves have high rates of re-offending. The largest consolidation of relevant research suggested 25% of men go on to commit further offences of indecent exposure (on average).

These high re-offending rates also include some exhibitionists escalating into other sexual acts. Men who indecently expose themselves can escalate to sexual offending involving physical contact, as appears to have been part of the picture with Couzens.

I do want to be clear: Couzens is not representative of the typical man who indecently exposes himself. But he is a reminder of the worst-case scenario. What happened to Sarah Everard demonstrates why we should take this type of offending more seriously.

When we identify indecent exposure, we do not know exactly who will escalate to commit contact sexual offences. The current research base does not agree on how and why this escalation occurs. Men who indecently expose themselves are a varied group with a wide range of motivations. This lack of clear evidence makes the punishment and rehabilitation of men who indecently expose themselves more difficult. However, it does not detract from the need for indecent exposure to be properly investigated, punished and treated.

And as long as victims remain reluctant to report this type of offence to the police, we cannot get an accurate picture of how regularly indecent exposure occurs. Ultimately, society as a whole does not take indecent exposure seriously. This is in spite of the significant psychological impact it has on victims – and the potential for offenders to go on to commit other crimes. Perhaps it is time to stop laughing.

Jennifer Grant does not work for, consult, own shares in or receive funding from any company or organisation that would benefit from this article, and has disclosed no relevant affiliations beyond their academic appointment.

2021-10-01
Previous Post: Rare works from Banksy going under the hammer
Next Post: Wireheading: the AI version of drug addiction, and why experts are worried about it – podcast