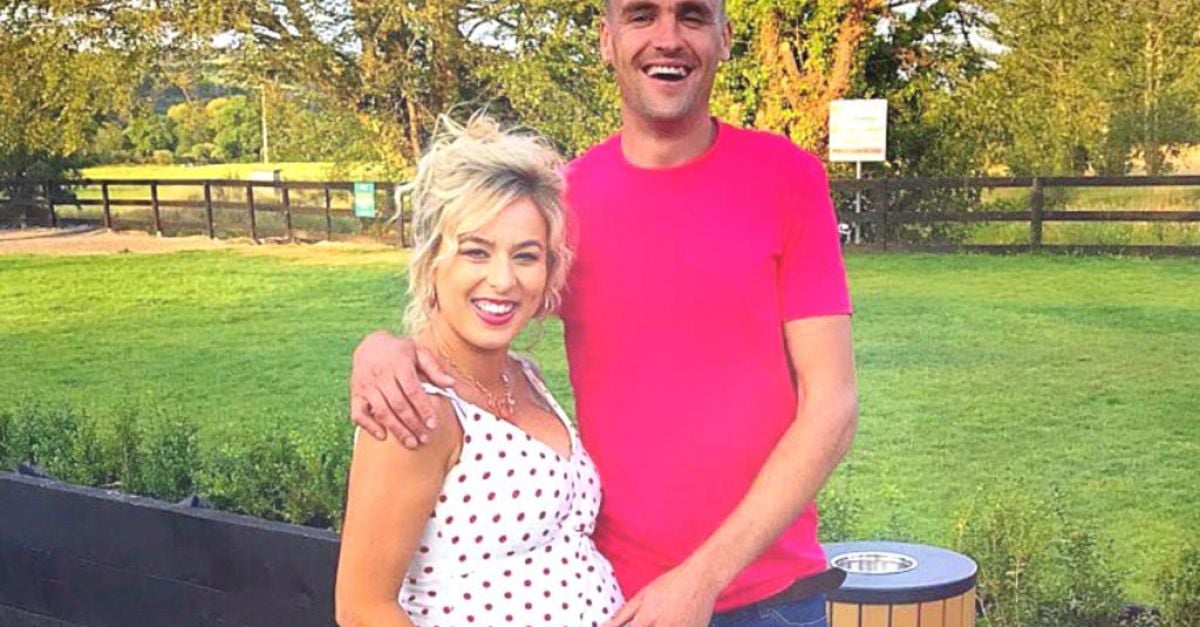 Warning: The content below contains details which may be distressing

A Cork couple has spoken of the trauma of learning that their baby’s organs were incinerated abroad without their knowledge or consent.

An investigation is underway at Cork University Maternity Hospital after it emerged the organs of 18 babies sent to Belgium for incineration in late March and early April 2020, without the knowledge of their bereaved parents.

According to RTÉ, the incident came to light in May of last year when Cork couple Leona Bermingham and Glenn Callanan received a phone call from the hospital regarding their late son, Lee.

The couple had learned that they were expecting twins in April of 2019 but received bad news at their 16-week scan as complications were identified with one.

Both twin boys, Lee and Lewis, were delivered at 33 weeks by emergency c-section at Cork University Maternity Hospital in September 2019. However, Lee died hours later.

Due to the circumstances of his death, Ms Bermingham and Mr Callanan were encouraged to agree to a post-mortem.

In mid-May of 2020, Ms Bermingham then received an unexpected call from Cork University Maternity Hospital to say that the organs that they retained belonging to Lee had been incinerated and his parents would not be able to get them back.

The couple later learned that it was their baby’s brain that was incinerated abroad in Antwerp in Belgium.

“My son’s brain went into a bin, as if it was a piece of rubbish, you put rubbish in a bin, why would you put my beautiful son’s brain into a bin,” Ms Bermingham said.

Documentation released to the couple under Freedom of Information legislation revealed they were not the only parents affected, with the organs of a total of 18 babies sent to Belgium for incineration.

“It is like a double trauma for the family, they have lost a baby in very sad circumstances and then to learn subsequently that their baby’s brain has been incinerated is so traumatic,” Rachael Liston, the family’s solicitor said.

“There’s a big difference between burying or cremating an organ and incinerating it with clinical waste which could include the likes of dressings or needles.”

An RTÉ Investigates report tonight on Prime Time discloses that internal hospital correspondence shows mortuary staff were aware in early 2020 that its burial plot at St Mary’s Cemetery in Curraghkippane was full.

Staff were “unable to secure appropriate burial space for internment of organs” elsewhere and decided cremation was not an option, with the result that baby organs released by the hospital’s pathology department lay in storage in its morgue.

However, space needed to be freed up in the mortuary in March of 2020 with the arrival of the coronavirus and the possibility of increased deaths.

As a result, a decision was made to send the organs for incineration. In all, organs and tissue from 18 babies were incinerated in Belgium across two days in late March and early April 2020.

Hospital management sent an incident report to the Department of Health in mid-May 2020. RTÉ reports that management did not rate the incident as serious, but did express concerns about negative publicity if the incident came to public attention.

However, senior medical staff at the hospital disputed those comments and wrote to the HSE stating there was a significant risk for parental distress.

In a statement, the South/South West Hospital Group said it refuted any suggestion it was more concerned with adverse publicity.

The group confirmed it had commissioned an investigation into the events that led to the incineration of the organs, but said it was at an early stage.

Regarding post-mortem practices in hospitals nationally, the Department of Health has said the HSE will now confirm that they are in compliance with its standards for post-mortem examinations 2012.

If you have been affected by any of the issues raised in this article, you can freephone the Samaritans 24 hours a day for confidential support at 116 123 or email [email protected]

You can also freephone the national Bereavement Support Line run by the HSE and Irish Hospice Foundation at 1800 80 70 77 (Monday-Friday 10am-1pm), and the contact information for a range of mental health supports is available at mentalhealthireland.ie/get-support/.

In the case of an emergency, or if you or someone you know is at risk of suicide or self-harm, dial 999/112.

2021-09-28
Previous Post: Labour conference: members aren’t quite tearing chunks out of each other but a distinct air of unease remains
Next Post: Visit by the 1903 Dreadnought motorcycle to Cornwall