Do very active people really have a higher risk of heart attack – as recent headlines claimed? 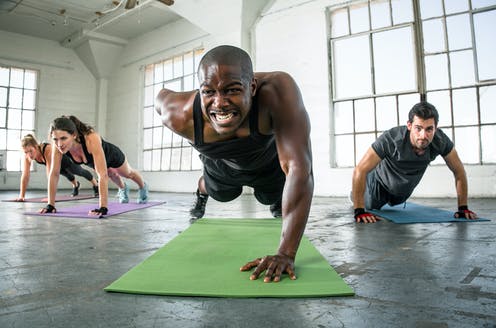 Everybody knows that exercising is good for your heart, so recent news that over-exercising can block up your arteries, may have come as a shock to many.

The study, which was widely reported in the media, found that very active people have higher coronary artery calcium (CAC) scores than less active people. The CAC score measures the amount of calcium in the walls of the coronary arteries – arteries that supply blood, and hence oxygen, to the heart muscle.

An increase of calcium in the coronary arteries may increase a person’s risk of having a heart attack because the presence of calcium in the coronary arteries is a sign that there may also be a buildup of plaque, known as atherosclerosis. A buildup of plaque is usually the result of an unhealthy lifestyle, such as smoking, drinking, being overweight and not getting enough exercise. So doctors often use CAC scores to identify people at risk of heart disease.

The researchers, from the University School of Medicine in South Korea, and Johns Hopkins Bloomberg School of Public Health in the US, analysed the coronary artery calcium of more than 25,000 healthy adults (mainly men) aged 30 and older between March 2011 and December 2017. The participants had two comprehensive check-ups during the study period to monitor changes in their coronary arteries.

The researchers wanted to find out if there was a link between physical activity and increased coronary artery calcification.

Benefits of exercise are unquestionable

However, the researchers did not find a link between higher coronary artery calcium scores due to exercise and cardiovascular “events”, such as heart attack or stroke. So headlines which claim that exercise “raises heart attack risk” are both wrong and dangerous. Indeed, the researchers warn against this sort of interpretation. They conclude: “The cardiovascular benefits of physical activity are unquestionable.”

Interestingly, the increased density of the calcium within coronary arteries due to exercise may be protective as it decreases the likelihood of the plaque within the arteries rupturing, which can lead to a heart attack. So doctors need to be careful when interpreting the CAC scores of healthy people.