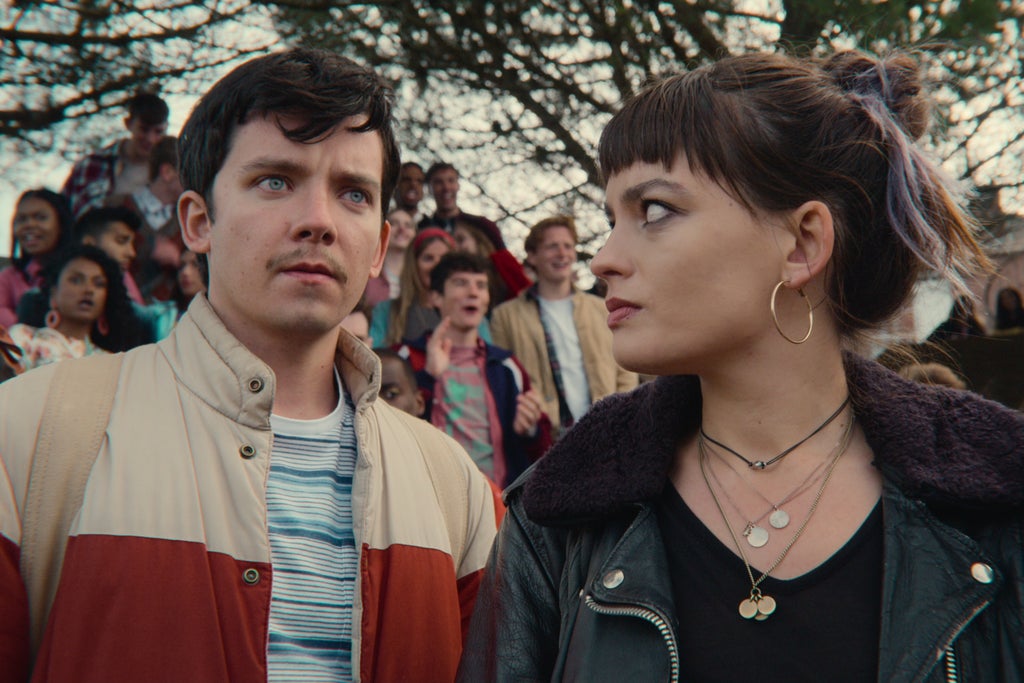 The clue lies in the show’s name – Sex Education and it certainly doesn’t shy away from pushing the boundaries around conversations about sex. It actively seeks to spark them.

“The subject matter is so sensitive because the whole show is about sex and relationships, we just want to get it as right as possible,” said Laurie Nunn, the show’s creator during the Evening Standard Stories Festival in association with Netflix on Friday.

Take Isaac’s intimate scene with Maeve – choreographing a scene which explores how someone with a disability has sex is not something you often see on TV.

George Robinson, who plays Isaac, said: “if you view the scene as a cultural moment, you lose sight of what’s happening here. It’s two people who care about each other.”

Having an intimacy coordinator to handle both the logistics and safety of the actors was essential, said Nunn.

“You hear real horror stories about directors who just get uncomfortable and leave the actors alone to rehearse, then come back and shoot the scene. As well as coordinators, we consult amazing sex educators about our storylines,” said Nunn.

In effort to make sure there were no blind spots when it came to representing characters, Nunn worked with writers who would have a more personal insight into the problems being faced by the characters.

Chinenye Ezedu, who you may know better as Viv, asked Nunn how she went about writing the character of Cal – a non-binary person who embarks on a relationship with Jackson.

“By working with non-binary writers, we were trying to dig deeper and tell the most nuanced version of the story possible,” said Nunn. “We’re so proud to have non-binary representation on the show and I’m really hoping if we have another series we can continue having these essential conversations.”