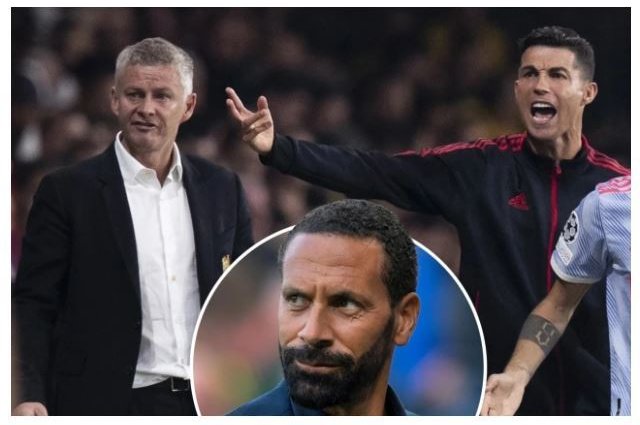 RIO DENIES RIFT AS HE URGES OLE TO CALL HIM

Rio Ferdinand has sought to dampen talk of a rift between himself and Manchester United gaffer Ole Gunnar Solskjaer.

And the Old Trafford hero insists ‘it’s all love’ with the Red Devils chief whilst urging Solskjaer to call him.

The Norwegian, 48, whose side will play West Ham in the League Cup on Wednesday night,  recently dismissed the ex-Three Lions ace’s observations on Cristiano Ronaldo and Phil Jones.

However, the former Red Devils centre-back has opted to ease any tension following some public exchanges between the pair.

On his most recent Vibe with Five show, Ferdinand, 42, said: “He came for me, I can’t believe it!

“Some stuff is said in the heat of the moment, and you get things wrong here and there. It’s a phone call, man, just call me.