The Lodger review: enthralling and exasperating by turns 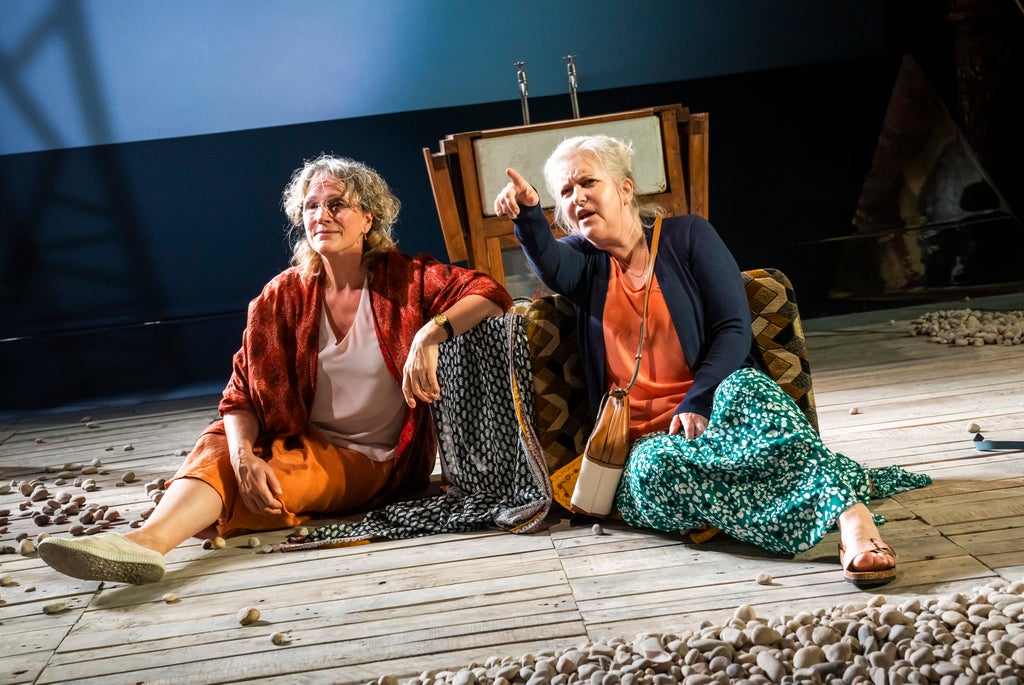 new play by Robert Holman, the most instinctive and humane of British playwrights, is something to celebrate, but The Lodger exasperates as well as enthralls. It was written, Holman says, to provide parts for two older actresses. And for the deceptively mild, gawky actor Matthew Tennyson, who won the Evening Standard’s Outstanding Newcomer Award in a revival of Holman’s Making Noise Quietly at the Donmar in 2012, and acted in his play A Breakfast of Eels at a previous incarnation of the Coronet in 2015.

The result is an unbalanced affair that requires a wildly eccentric central section and a fourth character that together undermine Holman’s reputation for emotional truth. Geraldine Alexander’s production is measured and mostly quite beautiful. She draws performances that are imperfect but distinctive, by turns assertive and skinless, from Tennyson, Penny Downie, Sylvestra Le Touzel (whose indisposition delayed last week’s planned opening) and Iniki Mariano in that impossible fourth role. I loved a lot of the play and absolutely hated 20 per cent of it.

The subject is love that is withheld, foregone, difficult or provisional. After the death of their mother at 98, Harrogate housewife Dolly (Le Touzel) detonates a lifetime of secrets and recriminations with prodigal sister Esther (Downie), a novelist and philosophy professor she’s barely seen for 30 years.

Dolly, so named because of a childhood fascination with dolls that increased exponentially in her childless married life, is nonplussed that Esther shares her London flat and Dungeness cottage with enigmatic, “paper-thin” twentysomething Jude (Tennyson). Is he a surrogate son, a disgustingly young lover, or the lodger he claims to be? Thwarted motherhood and illicit impulses run through the play like letters through rock.

Things go wrong in the narrative when Jude is revealed to have secretly become a successful playwright, having had a show on at the Royal Court (one of Holman’s haunts) without Esther noticing. In my experience, things often go wrong when writers write about writing. Especially, as here, when a writer writes about two writers’ complicated feelings about each other’s writing.

Anyway, this plot twist sends the story on a wild jaunt to Norway and the suggestion that Jude has somehow written his own future, and a half-Indian soulmate, Anila, into existence. Though Iniki Mariano winningly delivers the vulnerability and frankness that’s Holman’s hallmark in this role, this character is as improbable as she is short-lived.

The other actors are in gravy. Downie and Le Touzel get a meaty, combative sister act to sink their teeth into. Tennyson displays his range as an abused boy with OCD who’s grown a looming, clever carapace. Holman’s characters usually say what they feel, then what they mean, more openly and succinctly than we ever could. That’s true here too, but for a significant chunk of the play, I simply didn’t believe them.

2021-09-21
Previous Post: Alzheimer’s disease: measuring brain waves could diagnose dementia early – new study
Next Post: COVID vaccines for under-16s: why competent children in the UK can legally decide for themselves